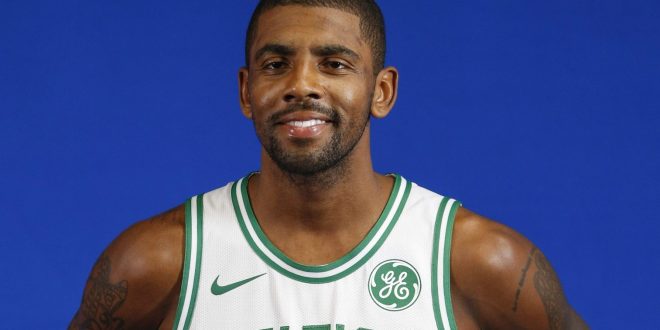 NBA Preview: Cavaliers and Celtics Looking to Make Most Out of Trade

With NBA preseason action looming, one of the biggest stories this offseason is that involving Kyrie Irving and the Cleveland Cavaliers.

Source: Kyrie Irving finally been informed trade call is over, and he's member of Celtics. He's getting on phone w/ Boston officials now.

What The Cavaliers Lost

The blockbuster development over this NBA offseason is that involving Kyrie leaving Cleveland. After suiting up in 381 games for Cleveland, he would take his talents to Boston after a blockbuster trade. In return for trading Irving, the Cavs gained Isaiah Thomas and the Brooklyn Nets‘ 2018 third-round pick.

The biggest narrative stemming from this trade was the relationship between Kyrie and LeBron James. The two superstars appeared to be inseparable, but no longer is that the case.

It's official. Kyrie is a Celtic. pic.twitter.com/jkId1058DQ

Many believed that there would be some hostility between the two, but they have shown the opposite. While Irving would say on First Take that he did not talk to LeBron about the trade, James was very complimentary of Kyrie. James would even say that he was “ready to give him the keys” to the team.

Irving, who averaged 25.2 points per game, an average play time of 35.1 minutes across 72 games in the 2016-2017 season, the Cavaliers lost a big part of the team. While Kyrie is looking to adjust to a new environment, he is aware that it will take time and patience.

The other big question heading into this season for Kyrie is that relationship with LeBron. The biggest issue is if they will ever talk to each other. When asked about the matter, Kyrie would downplay the buzz around the two. He would assure that if it happens, no one will know about it. Irving also says that it is all about the respect for the conversation between the two men.

Kyrie is hoping that he and other Celtics signing Gordon Hayward can lead Boston to their first NBA Finals appearance since 2010, where the Celtics would lose 4-to-3 against the Los Angeles Lakers.

What The Cavaliers Gain

In losing Kyrie, the Cavs gain a superstar from the Boston Celtics in Isaiah Thomas. Thomas had a remarkable 2017 season that many consider an MVP-caliber season. The six-year veteran would amass 28.9 points and take the Celtics to the postseason in 2016-2017. He would also chalk up an average playing time last season of 33.8 minutes and 28.9 points per game average.

The most notable moment for Thomas would come when he played in the Celtics’ postseason opener against Chicago. The significance of this moment? This game would take place the day after his sister would tragically die in a car accident. Thomas would go on to score 33 points, six assists and five rebounds in the loss to Chicago.

While many were chiming in on Thomas leaving Boston after his loyalty to the organization, Thomas is excited to be a part of a “championship caliber team.”

Thomas also still finds himself in awe when he realizes that he is a part of the Cavaliers organization. While the trade had been announced, the finalization of the trade would be up in the air. The source for doubting the trade? Thomas’ injured hip.

The injury would lead to Thomas missing the rest of the playoffs, but is not affecting him anymore. Thomas is preparing his hip for the start of the season and getting the hip muscle to “fire again” before the start of the season. If the hip does return to form following Thomas sitting out of activity since May, the Cavaliers may very well be a threat for a fourth straight NBA Finals appearance.

The Cleveland Cavaliers will begin their season on Oct. 17 in their season opener at home. Their opponents: Kyrie Irving and the Boston Celtics. The showdown between old teammates is set for an 8 p.m. tip-off as part of NBA on TNT. For more NBA coverage as the season approaches, be sure to stick with ESPN Gainesville.