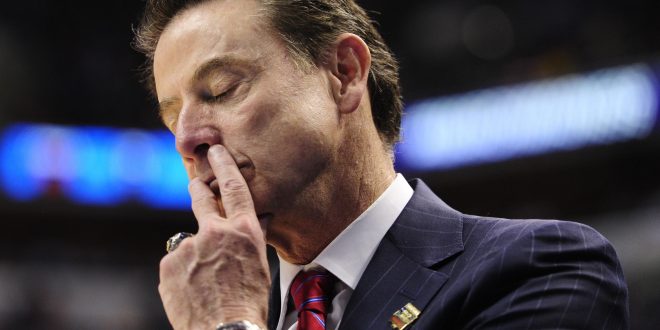 Louisville Responds to Charges of Fraud and Corruption

Federal prosecutors in New York announced charges of fraud and corruption against coaches from seven NCAA basketball programs on Tuesday, including Louisville.

It seems to be the final strike for Rick Pitino. Pitino has been head coach of the program throughout a slew of scandals, NCAA probations and suspensions during his tenure.

The investigation found that assistant coaches and staff members were bribed to influence players’ decisions to sign with certain shoe and apparel companies such as Adidas. It also revealed certain recruits were paid as much as $150,000 to influence what school they chose to go to.

You can read a full overview of the charges as well as all schools involved here.

Dr. Postel held on news conference on Wednesday announcing the decision to place Pitino on leave. He also announced that athletic director Tom Jurich is on paid administrative leave. Postel said this is a typical response to allegations of this severity.

Once the news of the investigation and its findings broke, the sports world swarmed with how to digest the situation.

Fox Sports’ College Football & NFL Draft Analyst Joel Klatt took to multiple shows to address how amateurism and the system in place for how college athletes are “rewarded” creates situations like this.

"Until you line their pockets, you better not line your own."@joelklatt on the NCAA & amateurism on Breaking the Huddle with @drpepper pic.twitter.com/m29ahNzZWK

ESPN college basketball analyst Seth Greenberg took his issue up with the coaches involved in the scandal, explaining that they didn’t fulfill their true role to their players.

"As a coach you're trying to mentor them, you're not supposed to be pimping them." @SethOnHoops on asst coaches faced with federal charges pic.twitter.com/uWbxSk9Qa5

"It's a shame. It's sleazy. It's no good. It's ugly…" —@DickieV, his voice shaking with emotion, on @SportsCenter pic.twitter.com/nXCOevbyC8

The FBI said the investigation is still ongoing and it is already having effects on the basketball recruiting process. 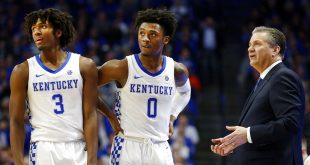 April 6 was bound to be special for Tyrese Maxey. It was plastered to his …