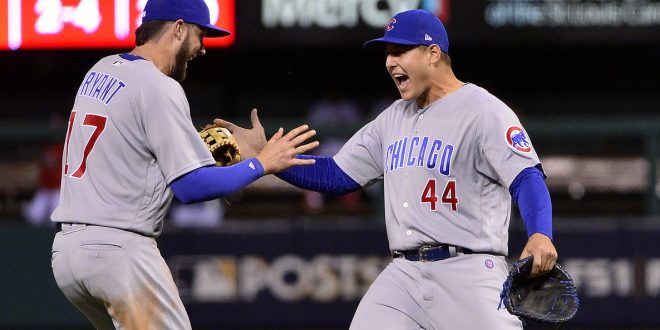 As the MLB regular season comes to an end, some teams have clinched their spots in the 2017 postseason. Both the Minnesota Twins and the Chicago Cubs made history last night when the news of their postseason opportunity became official.

Even though the Twins lost 2-4 to the Cleveland Indians, they ended the game by celebrating anyway. The Twins clinched their spot in the AL Wild Card race, making them the first team in MLB history to make the playoffs after losing more than 100 games the year before. Their Wild Card opportunity resulted from the White Sox earning a 6-4 victory over the LA Angels.

Like the Twins, the Cubs will also be making an appearance in the playoffs. With their 5-1 victory last night over the St. Louis Cardinals, they won the Central Division and advanced to the playoffs. Chicago Cubs pitcher John Lackey said that when the season got challenging, his teammates influenced their opportunity to win the Central Division for a chance to defend their World Series 2016 title.

Who will they play next?

Meanwhile, the Chicago Cubs will be playing the St. Louis Cardinals tonight and Washington Nationals in the first round of the 2017 MLB playoffs. Stay tuned to find out if history will continue to be made this 2017 MLB postseason.