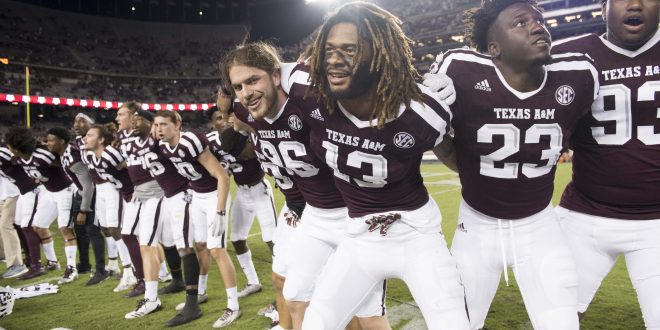 A big rivalry SEC match-up will take place this weekend as South Carolina will host Arkansas this Saturday at 4 p.m. As of now, the Gamecocks are favored to win.

The Gamecocks are coming off a loss against Texas A&M and are currently 3-2. South Carolina head coach Will Muschamp said he and his team have been preparing for the Razorbacks since the summer. Coach Muschamp says that Arkansas is a strong team.

Defensively, the Gamecocks know they have to improve their gameplan during third down. Coach Muschamp says they need to improve this weakness in order to win this game.

Meanwhile, offensively, South Carolina must protect their quarterback and continue to improve their run game. South Carolina quarterback Jake Bentley is third in the SEC in passing, with 251.4 yards per game. Coach Muschamp says preparation is key in order to win this weekend’s match-up.

The Razorbacks are 2-2 coming off a win against New Mexico State. Arkansas will look to take advantage of South Carolina’s inability to run the ball. Arkansas head football coach Bret Bielema says this past weekend has helped prepare his team for South Carolina.

Former South Carolina running back David Williams will return to Columbia as a member of the Arkansas Razorbacks. Williams has rushed for 203 yards, has four touchdowns, and has over 43 carries this season for Arkansas. Coach Bielema says this game will be the team’s first experience in a hostile stadium this season.

After this weekend’s game, Arkansas will head to Tuscaloosa to play No. 1 Alabama. Meanwhile, the Gamecocks will head to Knoxville to take on Tennessee.