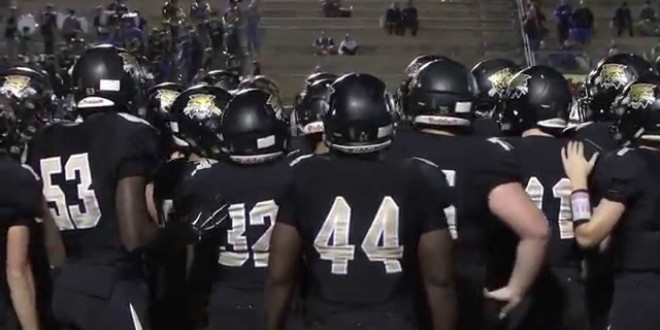 High school football season is well underway and students are back under those stadium night lights. The Buchholz Bobcats travel to Gainesville High School tomorrow to take on the Hurricanes at 7:30. This is a neutral, non-conference game where both teams are coming off of nail-biting wins.

This is a crucial game for Buchholz, who are currently 0-2 in away games. That aside, the Bobcats are coming off of a promising win where they defeated the Belleview Rattlers 20-13. Junior Trent Whittemore had a total of 146 passing yards against the Rattlers, along with one touchdown to JR Moffatt. Whittemore also rushed for a total of 14 yards and one touchdown against Belleview. Whittemore wasn’t the only player putting up big numbers, kicker Jack Weiss put up a total of 8 points.

Buchholz head coach Mark Whittemore believes this game is especially important due to the history of the rivalry. Both teams match up well on paper and he is expecting a tough, emotionally charged game.

Buchholz will not have their starting quarterback against Gainesville, starting Trent Whittemore in the quarterback position.

This is Gainesville’s first home game of the season and it’s safe to say that both players and fans are excited. The Hurricanes are coming off a 20-19 win against Forest High School, a game that came down to final minutes. Junior Luke Matthews threw for 403 yards, along with 3 touchdowns, two to Jalen Kelsey and one to Taurean Hill.

This city rivalry is expected to be an emotionally charged matchup for both teams and bragging rights will be in order for whoever comes out victorious.