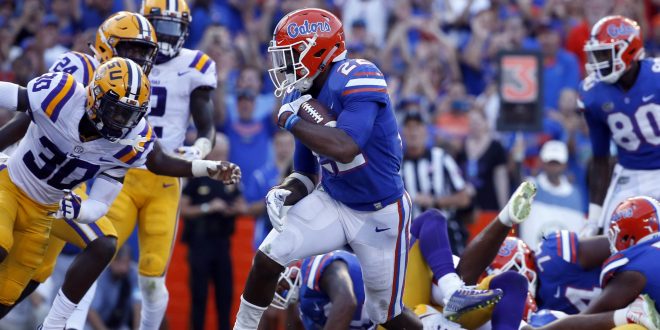 Preview: Florida Looks to Get Back on Track against Texas A&M

Both Florida and Texas A&M are coming off of home losses to SEC West foes. A win for either team would put its season back on track. Lose, and the questions and pressure get cranked up even more.

Bounce Back From Loss to LSU

Jim McElwain’s team will be looking to bounce back from a close loss last week to heated rival LSU.

Despite the loss, the Gators did some things nicely in that game that they hope to carry into this meeting with the Aggies. Namely, Florida gained over 165 rush yards for the fourth straight game, a result of a renewed commitment to the run behind Lamical Perine and Malik Davis.

That’ll be something they’ll need to continue against A&M if they want a chance of winning. Florida hasn’t shown an ability or willingness to take over any game through the air this season with Feleipe Franks under center. 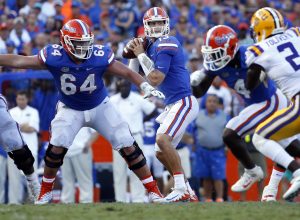 Thus, relying on a run game that has been on a roll the past few weeks seems like the most logical course of action for Doug Nussmeier’s offense. Since 2015, the Gators are 10-1 in games in which they run for over 150 yards, with that lone loss coming against LSU. With Tyrie Cleveland questionable for the game, Kadarius Toney doubtful, and Antonio Callaway still suspended, the Gators best playmakers come in the form of Perine and Davis, who have already rushed for a combined 627 yards and seven scores on the season.

The team also made strides against LSU, allowing only 17 points in that game, their lowest allowed point total of the season. While they struggled early with the Tigers’ constant motions on offense, the unit buckled down in the second half, only allowing seven points. Duke Dawson and Chauncey Gardner stood out in the secondary.

Jordan Sherit, Jabari Zuniga, and Jachai Polite jumped out on a defensive line that has become the strength of the unit. Behind those big guys up front, the Gators rank third in the SEC in sacks (2.6) and tackles for loss (7.0) per game. Chasing around Aggie quarterback Kellen Mond is no easy tasks, but a key factor for Florida will be winning that battle up front and making Mond uncomfortable all night long.

And is if Florida needed more hype for this game, they’ll be rocking new alternate jerseys. The look is supposed to resemble a Gator, but it remains to be seen whether the uniforms will help the team ensure a Gator victory in the Swamp.

While the Aggies are coming off a loss to Alabama, they only lost by eight points. That’s the closest game the Tide have been in all season, showing the caliber of this Aggie team. They’re two wins in the SEC so far came in back to back weeks. They won against Arkansas at AT&T Stadium in Dallas, and then beat South Carolina in College Station. Each win came by seven points.

The playmakers start with Kellen Mond at quarterback. Mond leads the fourth highest scoring offense in the conference, averaging just over 34 points per game. Mond is a true threat through both the air and the ground. He has 1,045 yards through the air with seven touchdowns, while also racking up 266 yards and two touchdowns rushing.

Joining him in the run game is one of the best running backs in the conference in sophomore Trayveon Williams and his backup Keith Ford. They make one of just four running back duos in FBS in which each has at least 300 rush yards and five rush TD’s.

As anyone who plays A&M knows, Christian Kirk is the guy to keep an eye out for. The pre-season All-American is a threat both in the passing game and the return game. Kirk’s combination of size and speed make him one of the most explosive players in the country, averaging nearly 111 all-purpose yards per game.

The Aggies are similar to the Gators in that they both have played well along the front seven. They actually lead the conference in both sacks (3.83) and tackles for loss (8.0) per game, so it’ll be interesting to see if they can outshine the Gators in that area and wreak havoc in the backfield for Franks and Florida’s running backs. Sophomore middle linebacker Tyrell Dodson leads the team in tackles with 46, while junior defensive end Landis Durham already has 5.5 sacks on the season.

As is typical in the SEC, this game might come down to who can dominate the line of scrimmage, and impose their will up front, both offensively and defensively.

The game will be on ESPN2 at 7 p.m. and you can also catch the game on ESPN Gainesville with coverage starting at 3 p.m. 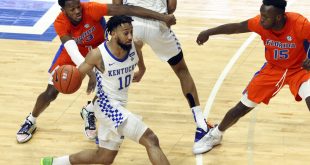 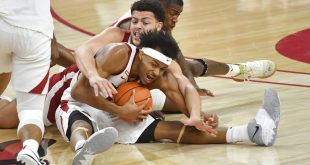