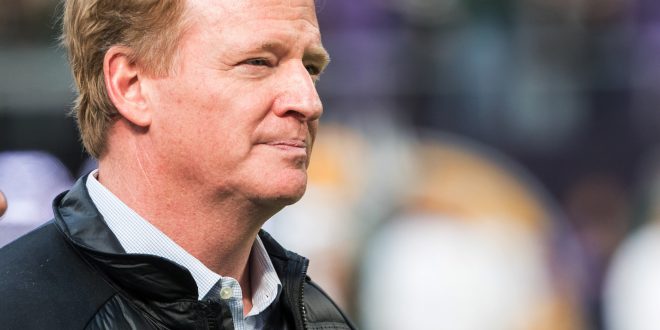 The chaos surrounding the actions of NFL players during the national anthem continued today as a group of owners and players met at the league’s headquarters to resolve the anthem issue and to discuss enhancing the players’ platforms for speaking out on social issues.

The NFL and its players said they held productive talks, but it does not appear it will lead to any changes in the league’s policy.

“We heard what they had to say and they heard us,” Miami Dolphins owner Stephen Ross said. “It’s open talks and that’s a good thing.”

The NFL and the NFL Players Association issued a joint statement after the meeting:

The NFL’s policy that states players should stand for the national anthem did not come up during the meeting. Some have suggested the league would seek to change that “should” to “must” stand.

“It’s ongoing, it’s not going to be a resolution overnight,” Indianapolis Colts defensive back Darius Butler said. “Obviously these are issues important to the players. That’s what we talked about and some things going forward.”

NFL Commissioner Roger Goodell and the league’s football operations chief and former player Troy Vincent were at the meeting along with eleven owners and over a dozen players.

One player notably missing was Colin Kaepernick. Kaepernick is credited with starting the movement after kneeling during the anthem last season. Philadelphia Eagles safety Malcolm Jenkins said Kaepernick was invited and did not know why he did not show up.

Kaepernick’s lawyer issued a statement clarifying that the quarterback had not been invited by any official from the NFL or any team executives, just that other players had asked him to be present.

Ultimately, the meeting was beneficial and a step in the right direction for all parties involved.

“This was the first time we have gotten the chance to sit down in front of ownership,” Jenkins said. “We felt they were receptive. We felt there was a real dialogue. We felt it was positive.”