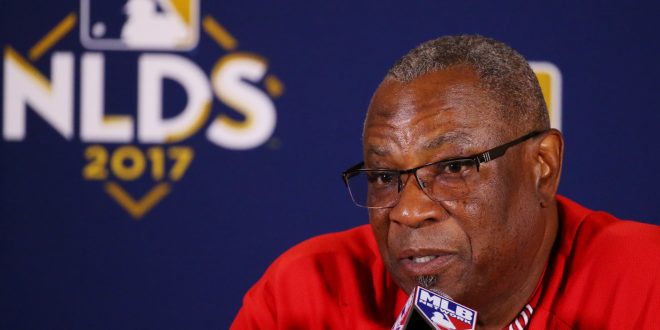 The Phillies and Nationals have announced their new managers: Gabe Kapler and Dave Martinez. Both of these names may be familiar to Tampa Bay Rays fans, because of their previous ties to the organization.

Kapler has worked as the director of player personnel for the Los Angeles Dodgers the last 4 years. He has been a hot candidate in recent coaching searches due to some of his unique ideals. Certain changes he made in the Dodgers organization have lead the team to where they are today; fighting for a World Series title.

#Phillies have hired Gabe Kapler as the 54th manager in franchise history.

Kapler speaks on being flexible with his philosophies: “One thing we want to do is avoid locking ourselves into any organizational philosophy that can’t be easily altered or improved. While mining for best practices, we have overarching themes and philosophies, but we don’t want to say, ‘This is what we believe’ and get so dug in that we’re not capable of being nimble as new studies present better ways to approach problems and development. That flexibility is a thought process that we have to constantly talk about it with players and staff.”

Kapler possess many qualities that organizations look for when making a hire: an ability to think broadly about the process and his measured in his decision making. One thing Kapler is not is. He also fits right in with the new-era coaching fraternity in Philly. He Joins the likes of Doug Pederson and Brett Brown, Philadelphia sports fans should be pleased.

Dusty Baker out: Dave Martinez In

The Washington Nationals chose not to renew Dusty Baker’s contract after yet another year of loosing in the NLDS. Management in Washington is looking to switch things up before they potentially loose Bryce Harper to free agency next year in 2018.

Dave Martinez joins the Nationals after working in the Cubs organization for the previous 2 years. He was the bench coach when the Cubs won the 2016 World Series.