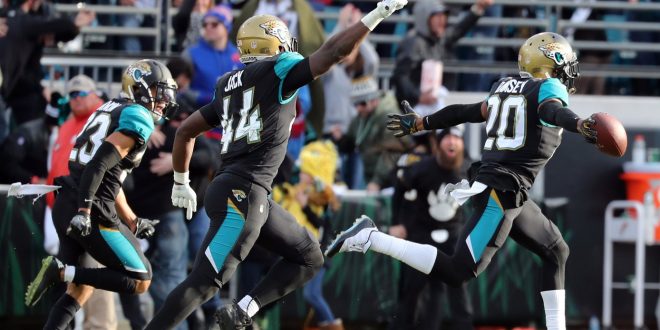 The Jacksonville Jaguars find themselves in a position they are not typically in — the AFC divisional round. The Jags are traveling to Pennsylvania Sunday in an effort to ruin the Pittsburgh Steelers plans of advancing to the AFC championship.

In Week 5, the Jaguars were 7.5 point underdogs on the road at Heinz Field. To say they covered the spread would be an understatement — Jacksonville embarrassed the Steelers 30-9, forcing Ben Roethlisberger to throw five interceptions and holding Le’Veon Bell to just 47 yards on 15 carries. Defensive end Calais Campbell and his defense asserted their dominance that has withstood throughout the season. Due to their defensive dominance, they have rebranded to be called “Sacksonville”. 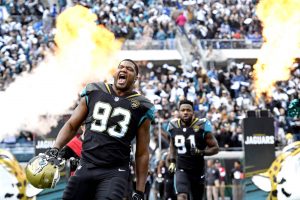 In the Jaguars last playoff appearance, the scenario was somewhat similar. It included a trip to Heinz Field against Ben Roethlisberger. Jacksonville’s defense was the key factor much like it was in Week 5 of this season. Roethlisberger threw three interceptions in the 31-29 Jags victory.

There were, however, many differences about this game. Big Ben was not handing the ball off to Le’Veon Bell. In fact, Bell was a sophomore in high school, and Najeh Davenport was receiving the handoffs. And it was not Antonio Brown catching passes from Roethlisberger — it was Hines Ward.

The roster also looked significantly different for the Jaguars. It looked something like this: David Garrard at quarterback, Fred Taylor and Maurice Jones-Drew at running back, and Reggie Williams at wide receiver.

The only player on the 2007 roster that will play this weekend for Jacksonville is tight end, Marcedes Lewis. In the 2007 Wild Card game, Lewis had two catches for 16 yards. It was only his second year in the league.

How to Watch: CBS

Where: Heinz Field in Pittsburgh, Pennsylvania

Previous Steelers Look to Get Revenge Against the Jaguars in Hopes of a Late Playoff Run
Next NFL Divisional Round Preview: Saints Travel to Minnesota