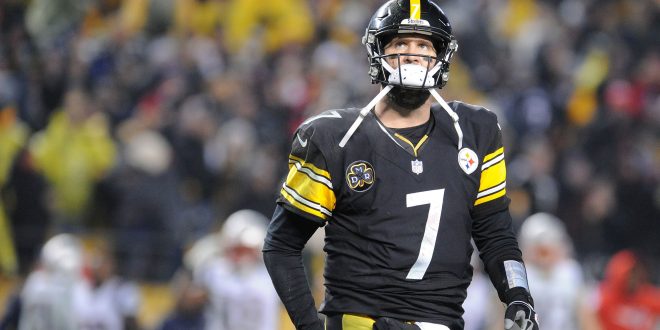 The Pittsburgh Steelers and Jacksonville Jaguars will be squaring off on Sunday at 1:05 p.m. in the AFC Divisional Round of the Playoffs. This same matchup took place in Week 5 of the NFL season in which Jacksonville ran away with it, 30-9.

The Steelers are considered to be the team that could take down the Patriots this year; however, they need to get there first.

No one will want to redeem himself more against the Jaguars than Ben Roethlisberger. Big Ben threw a whopping five interceptions in Week 5, struggling to catch a any kind of break on the night. Two of those interceptions resulted in pick-sixes; both the result of tipped passes.

Although Roethlisberger may have struggled in Week 5 of the regular season, that was a very long time ago. While that may be in the back of his mind, Big Ben has performed much better in recent weeks. He’s thrown eight touchdowns and only two interceptions, averaging over 325 yards passing in each game.

Roethlisberger is looking forward to redeeming himself against the Jaguars.

One of the priorities for the Steeler defense is going to be to stop the Jaguars on the ground. When they last played, Leonard Fournette had a field day. The former LSU running back rushed for 181 yards on 28 attempts, averaging nearly 6.5 yards per carry. The Steelers cannot let that happen again. The Jaguars were able to take a lot of time off of the clock with the run, gaining easy yardage at the same time.

T.J. Watt says that Fournette is a quality runner.

The Steelers are considered to be the team that could take down the Patriots this year. After losing to New England in last year’s Playoffs in the Conference Championship game, many of the guys will have that extra fire and desire to take down the seemingly yearly favorites. To get to that point, the Steelers may have to hone in on that same vengefulness for the Jaguars.