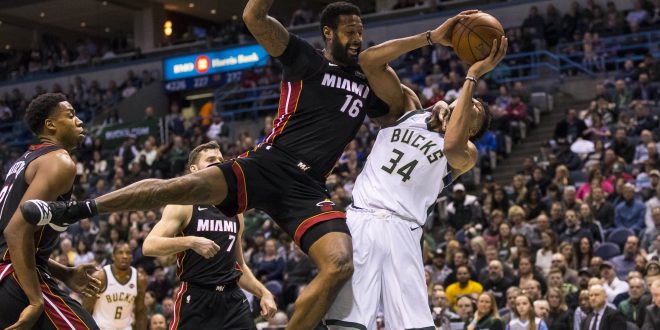 So far in the last few days of action, a trend is developing that is putting a black eye on the sport: Players are fighting with referees. This is becoming a very big issue that is threatening to ruin referee/player relationships, and the NBA itself.

ICYMI: Adam Silver and Michele Roberts on the referee-player gulf in the NBA, the upcoming meeting at All-Star, and what happens after: https://t.co/XrAKo4KLB4 via @NBA

Firstly, how did we get here? Well, we must look at what’s causing all of this. So far this season, the players are noticing that referees are being a little aggressive with ejections. For instance, in November, there were a total of nine ejections.

Those ejections were all in one week. The names include Stephen Curry, LeBron James, Anthony Davis, and Kevin Durant. Twice.

One player with his own officiating issues is Oklahoma City Thunder power forward Carmelo Anthony. Anthony, who would enter the league in 2003, discusses how the player/referee dynamic is changing. Anthony says that it “has changed a lot since I came in 15 years ago.”

Days after his comments about the changing relationship, Anthony would offer a new response about the referees. Follwing an ejection on Thunder point guard Russell Westbrook, Anthony stated that he is “done with the referees.”

On SportScene with Steve Russell, former NBA referee and Gainesville native David Jones would speak out on the growing issue between players and refs.

Jones would take the time to explain the process of how referees are chosen, and what they have to do in order to officiate in college and the NBA.

While Jones has his thoughts on the matter, he is not the only one. Current NBA commissioner Adam Silver offered his own response. In his response, he states that “it’s something that’s fixable, and it’s not about amping up the fines.” Silver also states that it’s “about improving the relationships and improving everyone’s understanding.”

Jones also candidly talks about how there are always good and bad referees, and some are referees that won’t be seen again.

With the NBA All-Star Game approaching on Feb. 18, it will be interesting to see if/how the dynamic between players and referees shift.

Finally, for more on the NBA, as well as Gator and high school basketball, stay with WRUF as the season progresses.