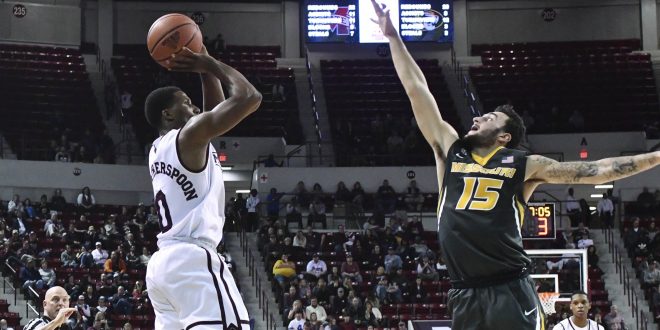 In another SEC match-up this week, Mississippi State will face South Carolina tonight on the road. This is also the teams’ first time meeting this season.

In their last match-up, Mississippi State fell 63-57 at South Carolina during the 2016-2017 season. The last time the Bulldogs pulled off a win against the Gamecocks was during the 2015-2016 season where they beat them in Starkville 68-58.

Right now, the Bulldogs are 15-6 overall, 3-5 in SEC play and are ranked 10th in the SEC. Also, the Bulldogs have not won a road game this season. A win tonight for the Bulldogs could help boost their team’s confidence on the road and it will snap their two-game losing streak against the Gamecocks.

The Bulldogs started off their season strong with an eight-game win streak, which snapped in a 65-50 loss to Cincinnati. However, they picked up where they left off and went on another win streak racking up five wins this time, which included their first conference win over Arkansas, 78-75.

But it didn’t take long for conference play to become an obstacle for the team. They had three consecutive conference loses against Ole Miss, Florida, both were on the road, and to Auburn at home.

And in their last five games, they have gone 2-3.

Currently, the Bulldogs are averaging 74 points and 13.9 assists per game, while allowing 65.2 points. Team leader in points per game is junior guard Quinndary Weatherspoon with 15, while he averages 6 rebounds and 4.1 assists per game.

Unlike Mississippi State, South Carolina is not coming off a win. They fell to no. 14 Texas Tech in the Big 12/SEC Challenge on Saturday, 70-63. However, their loss on Saturday is not reflective of their season and conference ranking.

Currently, the Gamecocks are 13-8 overall, 4-4 in conference play and are ranked 6th in the SEC. They are also 7-3 at home, which will be a challenge for Mississippi State to overcome since they are 0-5 on the road. In their last five games, they have gone 3-2.

South Carolina is averaging 70.7 points and 12.8 assists per game while allowing 66 points. Their team leader in points per game is power forward Chris Silva who averages 14.7 while averaging 7.9 rebounds.

Will the Bulldogs be able to snap their 0-5 away record and get their first road win of the season?

The two teams will take the court tonight in Colonial Life Arena in Columbia, South Carolina. Game time is set for 8:30 p.m. and will air on the SEC Network.

Previous Gator Softball Near the Top of Pre-Season Polls
Next SEC Men’s Basketball Match Up: Missouri at Alabama