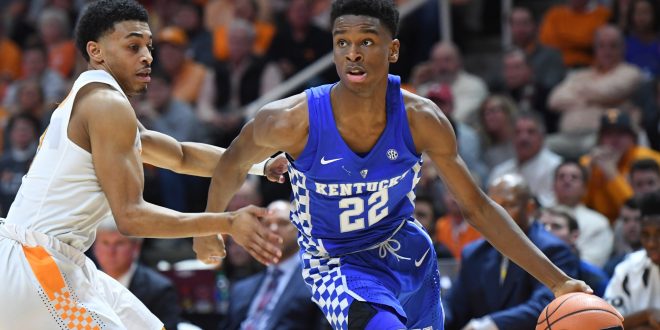 For the second and final time this season, No. 15 Tennessee will square off with No. 24 Kentucky in a meeting of two SEC powerhouses.

Last time the two teams met, the Volunteers beat the Wildcats by 11 at Thompson-Boling Arena as Admiral Schofield went off for 20 points and 6 rebounds. UT outscored UK 47-28 in the second half and notched 23 assists on 25 made shots. Tuesday night’s contest tips-off at 7 p.m. on ESPN.

Keys To The Game (Tennessee)

Keys To The Game (Kentucky)

.@PJWashington on tomorrow night’s game against Tennessee: “It’s gonna be great to be back in front of our home crowd in Rupp after being on the road … We need to come out tough tomorrow night.” pic.twitter.com/eIFm09s3Q4

Previous Can Cleveland move past this rough patch?
Next Big 12 Preview: TCU at Kansas