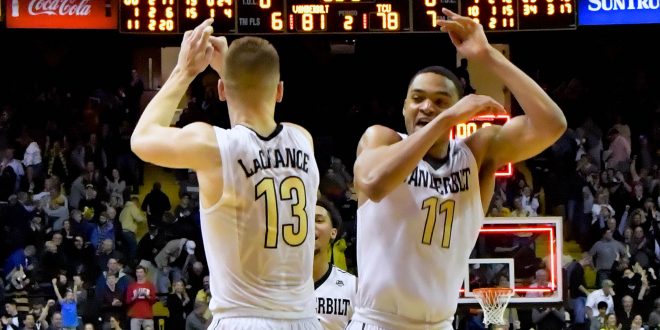 Vanderbilt comes into Wednesday’s match up with a 3-9 conference record and are 9-16 overall. That said, the Commodores are 9-5 at home.

Six of the Bulldogs’ seven losses come from away games but Mississippi State is the only SEC team in the Top 40 for points against.

This matchup has great potential despite the Commodores’ 18-point loss to the Bulldogs last month.

The Commodores have been dealt a shorthand in the 2018 season with the SEC being, debatably, the best conference in the nation. Vandy has shown a lot of promise with wins over Alabama, LSU, TCU, a blowout victory against Georgia and two single-digit losses against Kentucky.

Vanderbilt is led by seniors Jeff Roberson, Riley LaChance and Matthew Fisher-Davis. The trio accounts for over half of the Commodores scoring.

Vanderbilt needs exceptional contribution off of the bench to close the season. Vanderbilt is currently 2-4 in its last six games.

With six games left in conference play, including Wednesday’s game, the Commodores have an opportunity to go 9-9 in the SEC and make a push in the SEC Tournament next month.

The Bulldogs have played lights out at home, winning 16 of 17 games at Memorial Gym but have been downright awful on the road.

State has been on a roll as of late, winning four of their last five games. Fortunately for the Bulldogs, they were able to get their first road win down this stretch.

The Bulldogs will head into Wednesday’s game with the confidence of their last meeting with Vanderbilt, an 18-point win thanks to Quandary Weatherspoon‘s 19 points and Aric Holman‘s monstrous double-double with 18 points and a career high 14 rebounds.

Mississippi State has six games remaining in their season, including No. 21 Texas A&M and No. 18 Tennessee. The Bulldogs have a great chance at a bye in the SEC Tournament in March depending on how they close their season.