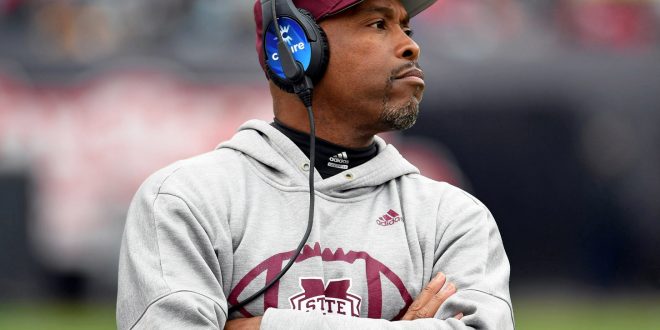 For Greg Knox, Trust, Effort are Everything

Greg Knox was halfway to Mobile, Alabama when his phone rang. Freshly released from his coaching duties at Auburn, the veteran coach was on his way to the 2008 Senior Bowl to watch draft-bound talent and meet with NFL scouts.

Minutes later, he donned a suit and tie and changed course. Dan Mullen was on the other line, and he wanted him for his inaugural coaching staff at Mississippi State.

Knox hadn’t been out of a job for an offseason when Mullen brought him into the fold. Nine years later, Knox followed his longtime boss again, accepting Mullen’s offer to coach Florida’s running backs and special teams.

For Knox, devotion is everything: In his 24 years in the Southeastern Conference, he’s plied his trade for two head coaches.

“I’m not a guy that jumps around. I don’t go chasing jobs,” Knox said. “I’m big on loyalty, and (Mullen) is also. I think that, right off the bat, connected us together. It’s been tremendous ever since.”

Gator fans are hoping that trust leads to results, particularly when their specialists trot out onto the field.

While the Florida Gators’ 2017 season was underwhelming by all accounts, their special teams play was an unmitigated disaster.

Placing third from last among FBS teams in opponent kickoff return average, UF also finished in the national cellar in long punt return plays (T-105th) and opponent punt return average (106th). The team’s punt and kick return units both failed to record a touchdown, and the punt team finished the year as one of two in the SEC that failed to break a punt return of 20 yards or more.

Although they experienced their fair share of kickoff struggles, Knox’s 2017 Bulldogs still managed to flash their playmaking abilities. Averaging 11.9 yards more per punt return than the Gators, Mississippi State was one of four SEC teams to record multiple punt return touchdowns on the season (two).

Part of that boils down to philosophy. While he plans to incorporate three-to-four running backs in the ground game, Knox expects his charges to buy-in. Whether they take to the turf as a running back, kick returner or blocker, Knox claims if they’re wearing shoulder pads, they’ll have opportunities to contribute.

“Everyone has a role,” he said. “Some roles are larger than others, but every running back in my room, I anticipate they will be out there on special teams.

“That’s a big part of being in our program.”