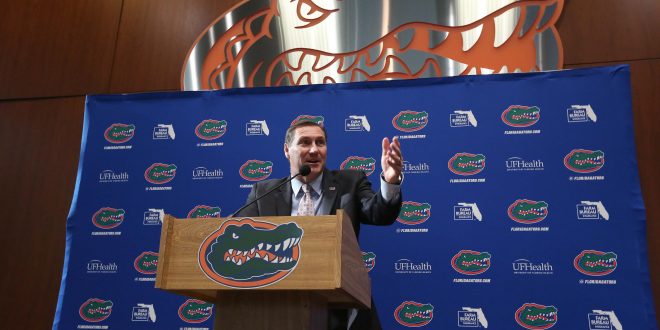 The biggest challenges facing three of the SEC’s newest coaches

The college football offseason inherently brings change. For the SEC, it came in a whirlwind.

In a matter of months, five of the conference’s 14 teams introduced new head coaches. A sixth, Ole Miss, hired from within, promoting former co-offensive coordinator Matt Luke a season after he took over for Hugh Freeze on an interim basis.

The upheaval wasn’t without reason. Turning in performances that ranged from acceptable to awful, those six programs — Ole Miss, Arkansas, Mississippi State, Texas A&M, Florida and Tennessee — combined to go 34-39 during the 2017 campaign.

However, turning a team around is no small task.

“That’s the big word now, culture,” former Florida defensive coordinator John Thompson said. “You’re not giving into the players at all, but … you’re trying to get the players to buy in and enjoy what they’re doing, enjoy … whatever the process is.”

And for three of those coaches, that process looks markedly different.

The Aggies were never a bad team under former coach Kevin Sumlin. It’d be hard to pin that distinction to a coach who guided his team to a plus-500 record in each of his six years in College Station.

They just weren’t tough to play against. And Jimbo Fisher’s primary job will be to convert them into one that is.

“They’re known as a team of finesse players,” ESPN’s Laura Rutledge said. “Guys … that look like, getting off the bus, they’re going to be such a tough matchup, and then, frankly, a lot of times, looked like they were a little bit soft.”

The former Florida State bench boss has gotten off to a good start. He lured longtime Oklahoma strength coach Jerry Schmidt to his staff, and both he and Fisher boast reputations as disciplinarians.

Just how much slack fans are willing to give a coach working on the sport’s richest contract remains to be seen.

Much like Fisher, one of Dan Mullen’s main tasks was to bulk up the Gators. To that end, his hire of former Mississippi State strength coach Nick Savage has already paid dividends, to the tune of an average body fat percentage drop of 3.5 across the team.

Florida’s offense has floundered since Urban Meyer resigned from his post in 2010, guided by mediocre quarterbacks in the mold of John Brantley and Treon Harris. The Gators have been searching for a superstar since Tim Tebow left, and the hopes of a jaded fanbase now rest on Mullen’s repute as a quarterback’s coach.

The former Florida OC has begun implementing his spread offense. The man who developed Tebow and Dak Prescott has his guy in four-star enrollee Emory Jones.

In simple terms, Jeremy Pruitt has his work cut out for him.

Alabama’s former defensive coordinator inherits a team that finished in the basement of the SEC East, slogged through its coaching search and drew a recruiting class ranked eighth in the conference. For Tennessee, the question isn’t finding the problem. It’s deciding where to start.

Luckily, the first-year head coach has a potentially powerful ally in the man that hired him.

Newly-minted athletic director Phillip Fulmer is a legend on Rocky Top, having guided the Volunteers to their last national championship as head coach in 1998. Should he ever get swamped, Pruitt could have a wealth of knowledge to fall back on.

“That goes back to the old school,” Thompson said, “the old school athletic director that understood the football coach, that was a football coach himself and maybe can lend a hand — a helping hand — to what Pruitt is doing there.”