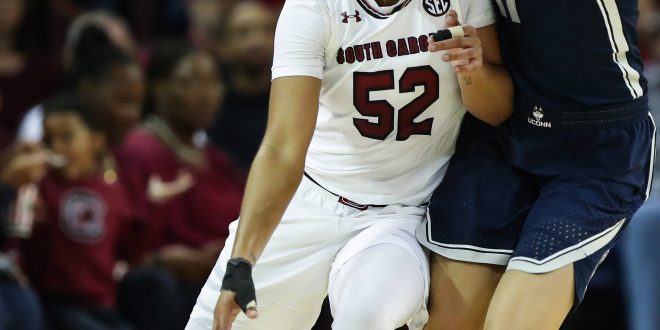 Ever since Selection Monday, the Albany Region has garnered the majority of attention from women’s basketball fans. One of the greatest sporting dynasties of all time, the UConn Huskies, were unsurprisingly featured as the No. 1 seed. On top of that, the defending national champions, the South Carolina Gamecocks, were awarded the No. 2 seed. Regardless of matchups, the majority of fans had both of these teams playing each other tonight in the Elite Eight.

The Huskies had another historical season, posting a 35-0 record during the regular season. Including this tournament, the Huskies are 38-0. Tonight, the Huskies are playing for a chance to advance to their 11th consecutive final four. However, the Huskies must replicate their performance on February 1st if they are to do so. Led by guards Kia Nurse and Katie Lou Samuelson, the Huskies defeated the Gamecocks in dominating fashion, 83-58. This time around, it won’t be that simple against a much improved Gamecock team. Senior forward Gabby Wilson said, “We know they’re going to put up a fight… It’s going to be a battle.”

To get to the Elite Eight, the Gamecocks had to take down a red-hot Buffalo team in the Sweet Sixteen. The No. 11 seeded Buffalo Bulls pulled off upsets against No. 6 South Florida and No. 3 Florida State in the first two rounds. However, the size of the Gamecocks led by Senior forward A’ja Wilson proved to be too much for Buffalo in their 79-63 win.

Size will again have to play a factor if the Gamecocks are to pull off this win against the Huskies. Wilson, at 6-foot-5, has a two inch height advantage over UConn’s star forward/guard Katie Lou Samuelson. The three-time SEC player of the year has shot 9-of-30 over the past two years against UConn. To win, Wilson must show what being the SEC player of the year looks like tonight.

Tip-off is tonight at 7:00 at the Times Union Center in Albany, New York.