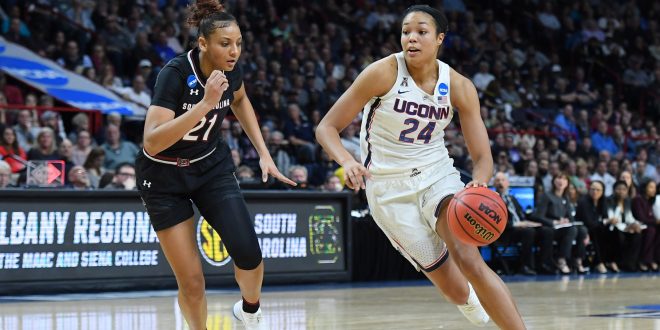 It’s the battle of the number ones in Friday nights NCAA final four games. To start the night off Louisville faces Mississippi State at 7pm. Then Later tonight Notre Dame plays UConn at 9pm.

So far in the Tourney the Cardinals have been handlely outscoring their opponents. They defeated Boise state 74-42, Marquette 90-72, Stanford 86-59, and Oregon State 76-43.

One of the offensive leaders for Louisville would be Asia Durr who leads the team in total field goals averaging 18.7 points at game.

“Coach Walz has helped me overcome my stutter by bringing me confidence. He puts me in positions where I come out of my shell and I have to talk to people.” — @UofLWBB guard Asia Durr pic.twitter.com/2P07OAsHwp

The Bulldogs are the lone SEC team left in the final four. Entering the post season they were ranked first in the SEC with an outstanding 16-0 in conference record. Aso, the Bulldogs head coach, Vic Schaefer was named United States Basketball Writers Association Head Coach of the Year.

Last year the Bulldogs also had a great run in the tournament being runner up to South Carolina. USC beat the Bulldogs 67-55 in the Championship.

While the Notre Dame Fighting Irish have been softly beating teams the Uconn Huskies know this dance all too well and have been destroying their opponents.

Uconn has another undefeated season on their hands with a 36-0 record. And you thought I was kidding when I said Uconn is destroying opponents? Well so far in the Tournament they have wrecked St. Francis 140-52, Quinnipiac 71-46, Duke 72-59, and South Carolina 94-65.

Not only is the team playing well but Uconn has the experience in the NCAA tournament winning four Championships in a row from 2013-2016. The Huskies came close to making it five in a row last year, but they fell short in the final four when Mississippi State beat them in a close 66-64 game.

Whichever two one-seeders make it out alive Friday night, will then turn around and try to earn the title as the number one team in the country Sunday at 6pm in Columbus, OH for the NCAA National Championship.