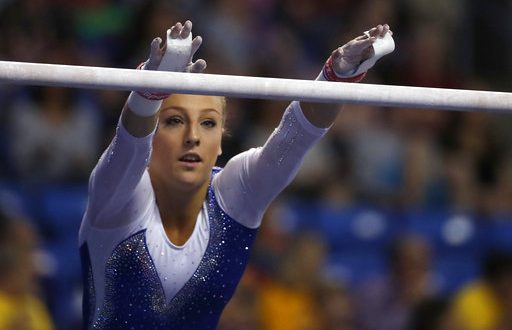 Florida Gator Gymnastics will be a 1-seed as they head back to NCAA Regionals. The Gators are currently ranked fifth after coming off a third place finish in the SEC Championship. During the regular season Florida went 8-2, only losing to the SEC champions LSU earlier in the season and Missouri later in the season. The Gators loss to Missouri was their first meet after losing senior Kennedy Baker to a torn Achilles tendon.

The NCAA Championship Tournament will be composed of 18 of the top Gymnastics programs. Florida heads into Regionals as a 1-seed. Gators will open competition against 8th ranked Washington. Of the six teams in Florida’s section of the bracket two will advance to the Semifinals on April 20th.

A Look Back at the SEC Championship

The last time Florida competed was in the SEC Championship back on March 24th. The Gators might have came in third but individually they were successful. Alex McMurtry came away with titles on vault and bars. On vault she sported a 9.975 and on bars she had a 9.950. Alyssa Baumann won beam with a 9.975. On floor Alicia Boren tied with Ariana Guerra of Alabama and Sidney Dukes of Kentucky with a 9.900. The All Around winner went to LSU’s Sarah Finnegan who had a 39.500.

Florida head gymnastics coach Jenny Rowland says that going into regionals as a 1-seed does give the girls a lot of confidence, but they still have to show up and compete the way they know how. Rowland emphasized that team is good at learning from past meets and moving forward.

The Gators had an impressive season with six of the girls making the All-SEC team, which include Alex McMurtry, Alyssa Baumann, Alicia Boren, Rachel Slocum, Rachel Gowey and Amelia Hundley. Both Alyssa Baumann and Megan Skaggs were awarded SEC All-Freshmen team honors. Alex McMurty not only won two events at the SEC Championship, but she also was awarded 2018 SEC Event Specialist and SEC Scholar-Athlete of the Year.