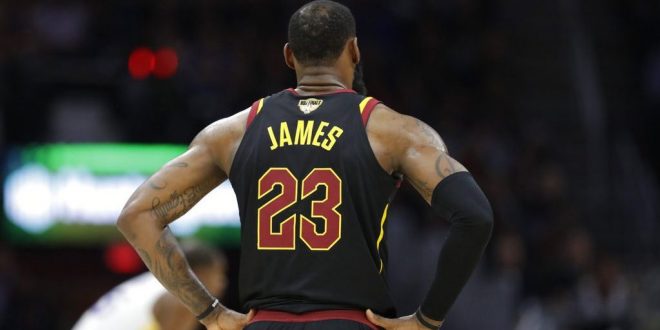 The long-awaited date for NBA fans has come, as NBA free agency has begun.

Although free agency has just begun, several of the big-name players are already off of the market. Some stars everyone had their eyes on were LeBron James and Paul George, both with free agency eligibility.

The King Comes to L.A.

LeBron has decided to take his talents to the west coast to join the Los Angeles Lakers. James showed his frustration in the 2018 NBA Finals on several occasions, as his Cleveland Cavaliers fell to the Golden State Warriors 4-0 in the series. Rather than sticking around, he’s joined the ongoing project in L.A.

James and the Lakers have agreed to a four-year deal, which would see James with the Lakers past the age of 37.

Paul George surprised everybody with his decision to commit to a long-term deal with his current employers, the Oklahoma City Thunder. According to Adrian Wojnarowski of ESPN, George signed a four-year, $137 million deal. However, George has the option to extend that deal after his second year of the contract.

No one was more surprised than ESPN’s Brian Windhorst, who went on a short rant about the deal. Windhorst believed that George should have at least met with the Lakers, if not taking a two-year deal with the Thunder, as he’d gain a pay raise after the end of the contract for 10 years in the NBA.

Wojnarowski broke several other deals, including Chris Paul‘s agreement with the Houston Rockets on a 4-year max contract.

More recently, Wojnarowski shared that JJ Redick would return with the Philadelphia 76ers on a one-year deal.

Free agent guard JJ Redick will return to the Philadelphia 76ers on a 1-year deal in the $12M-to-13M range, league sources tell ESPN

With LeBron and George off the market, all eyes will be on Kawhi Leonard. Leonard’s ideal destination was Los Angeles. After the announcement of James, Leonard still wants to join the Lakers.

Sources: As trade talks have unfolded, Kawhi Leonard’s focus is unchanged: He wants to be a Laker. https://t.co/0wZGf5MrNt