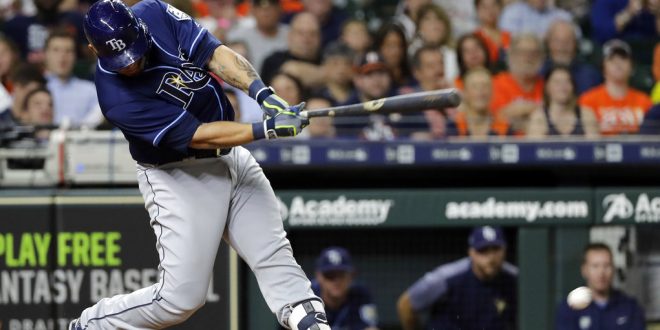 On the diamond, tonight there are two MLB matchups in the sunshine state.

The Tampa Bay Rays are back at it tonight taking on the Detroit Tigers in a three game series. The Rays defeated the Tigers yesterday 10-9 in 10 innings with a walk-off hit, making it their 12th home game win out of the last 13. Daniel Robertson hit an RBI single in the 10th inning to seal the deal

The Rays started off the game strong offensively early with sending nine men to bases and rallying 5 runs to home plate all within in the 1st inning.

Their star pitcher Chris Archer returned from a 10-day rehab due to left abdominal strain. Getting pulled in the 4th inning, he had a decent game with 3 K’s.

The Tigers, sure enough, did not shy away from anything that the Rays were sending their way

The Tigers look to come back and try to at least make the series even 1-1, as the Tigers have not really been having a decent couple of games.

The Miami Marlins are back on the diamond tonight also in a three game series against the Milwaukee Brewers. The Marlins defeated the Brewers 4- 3 in yesterday’s matchup. Both Florida baseball teams found enough to defeat their opponents in 10 innings.

The Marlins took game one in the bag with a walk-off hit from Bryan Holaday their backup catcher, who hit the single to bring in Miguel Rojas from third base to score to give them the 4-3 win for game one.

Tune in tonight at 7 to catch both of these Florida teams as they continue to defend their home stadium.