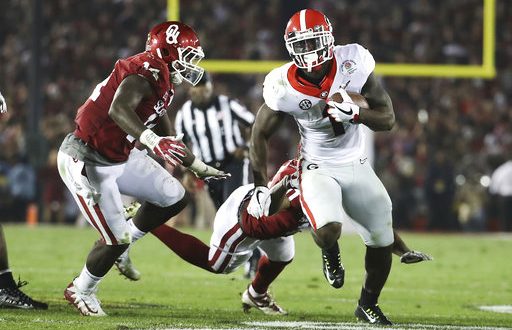 The No. 3 ranked Georgia Bulldogs kick off their season this Saturday at home against the Austin Peay Governors.

The first game of the season can be tricky for teams on both sides of the ball. Smart said not only are their unknowns that lie within your own team, but there are a lot of questions about the opposing team as well.

“A lot of times, the unknown is the opposing team. They might have a new coordinator, a new system and you have tape from the year before, but they’ve made changes,” Smart said. “You certainly don’t know much about their new starters.”

Smart also discussed the importance of the spring game for new players.

Georgia and Austin Peay will face off Saturday at 3:30 p.m. at Sanford Stadium in Athens, GA.

Born and raised at the ballpark! Typically quiet- until it comes to sports. I'm a South Florida native with a passion for baseball nearly as strong as my faith. Grew up in garnet + gold, turned out sporting orange + blue. Likely to be found with a camera. And yes, I take food pictures.
@victoriarossman
Previous 5-Star Recruit Tre Mann Commits to Florida Basketball
Next CFP Preview: Texas A&M vs. Northwestern State