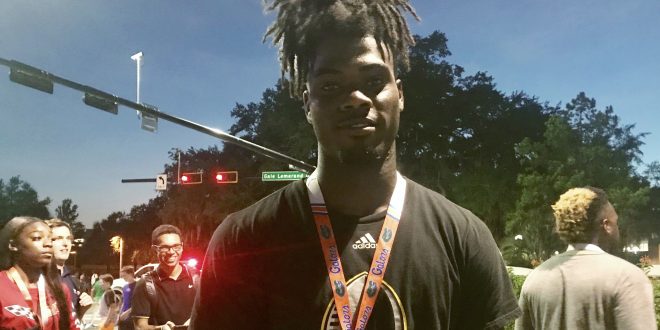 Gator football recruits were able to see the Gators bounced back after a loss to Kentucky. On Saturday, Florida beat Colorado State 48-10.

Florida commit and 2019 three-star WR, Dionte Marks, enjoyed his first game in the Swamp (other than the O&B game). He says that Co-Offensive Coordinator and WR coach, Billy Gonzales, has been expressing how good he could be at Florida.

Marks hasn’t decided when he’ll take his Florida official visit, but says he is 1,000% committed to the Florida Gators.

Diwun Black is a 2019 four-star ILB and Gator commit. Saturday, was the third Gator game in a row Black has attended. Black says his relationship with the players is part of the reason he keeps coming to Florida games.

Black will be taking his Florida official visit the weekend of the LSU game and he plans to help recruit more players during his visit. Black is hoping four-star CB, Kaiir Elam, will commit soon and he’s trying to flip four-start CB and USC commit, Chris Steele. 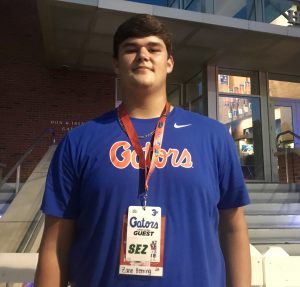 2020 OT, Zane Herring, said the special teams really stood out to him during the game. Herring also said he believes the Gators o-line will continue to improve as the season continues. He says Gator OL coach, John Hevesy has been giving him advice to help him make it to the next level.

Herring says that he absolutely loves the atmosphere in the Swamp and is hopeful he might one day get to play in the Orange and Blue.

Other Gator commits in attendance where Ethan White, Trent Whittemore, and Josh Griffis. Some other important recruits in attendance was 2019 four-star DT, Jaquaze Sorrells and 2020 five-star WR, Leonard Manuel.