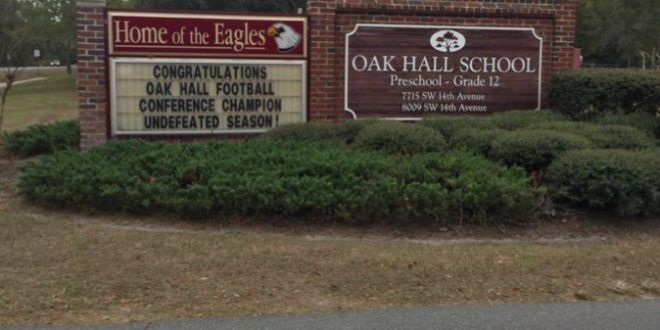 Oak Hall football head coach Matthew DiBernardo announced his immediate resignation on Wednesday after a little more than three seasons. After spending Sunday in the hospital due to health issues, DiBernardo decided he needed to focus on his health. “It’s time to make a couple of changes,” he said as he was thinking about his nine-month-old son Sammy.

“I really spent the last four years of my life very dedicated to the Oak Hall football program and making sure that is the best program that it can be,” DiBernado said.

In 2015, DiBernardo took over and completely flipped the program. Within the short time span he coached the Eagles, the team went 25-6, including a perfect 10-0 season in 2016. He also led the team to a North Florida Conference title. In addition, the program trippled in size with a roster of 63 players.

DiBernardo looks back at his time as Oak Hall’s head coach and praises the success the program, and the players who have improved so much. He said,

“Four years ago, when we came to Gainesville, if someone said Oak Hall was going to be 25 and 6 and we have four to five kids playing college football, and we’re back in the FHSAA–we’re competitive. They would not believe it. So I’m very proud of what we’ve done there.”

While DiBernardo chose to stop coaching for now, he still wants to help and coach children and young men in time. “I definitely want to continue to do that in the future, but to do that, I have to step away for a little bit,” he said.

The head coach also thanks the school for being so supportive to him and his family during this tough decision process.

What’s Next for Oak Hall?

While the school is searching for a permanent head coach, interim head coach RJ Fuhr will lead the Eagles. Oak Hall plans to have a new head coach by the second semester of this academic year. Fuhr was the defensive coordinator for the Eagles.

One major key to happiness…do what you love and are passionate about!! pic.twitter.com/ASNLBFHSxc

The Eagles will be in Fort Myers on Friday, Sept. 21, to face Evangelical Christian at 7 p.m. 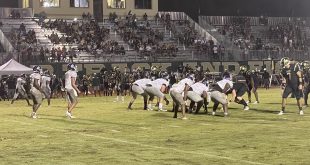 Gainesville’s Defense Leads them to Victory Over Trinity Catholic