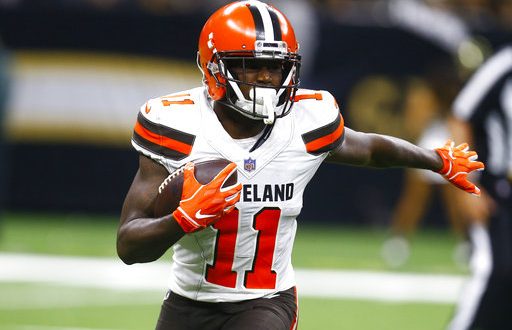 The New York Jets are on the road in Ohio to play the Cleveland Browns for this week’s Thursday Night Football game. You never know what kind of outcome will come about during a primetime game. Could the Browns finally end their winless drought? Or will the streak be kept by the Jets? We will find out tonight at 8:20 p.m.

Sunday’s game against the Miami Dolphins was a solid quarterback competition. Jets QB, Sam Darnold threw f0r almost double of what Miami’s QB, Ryan Tannehill did. But Tannehill had a huge completion rate.

Even with the loss, Darnold picked up quite the honor during Sunday’s game. He is the youngest QB in NFL history to throw more than 300 yards in a single game.

The youngest player in @NFL history to throw for 300 yards in a game.

In the end, the Dolphins outplayed the Jets with a final score of 20-12.

The Browns kept their week 2 game interesting all the way to the last few minutes of the game. They were in New Orleans coming off their tie game against the Pittsburgh Steelers. With less than two minutes on the game clock, rookie and former Florida Gator, Antonio Callaway caught a pass in the end zone to tie the game 18-18.

What came next pretty accurately depicts Cleveland’s last three seasons. Now former Browns kicker, Zane Gonzalez, missed the extra point to keep the game tied. The Saints went on to kick a field goal and then Gonzalez again desperately missed a field goal with a chance to put the game into overtime. Gonzalez tallied up four missed attempts which cost the Browns eight total points in a three-point loss. As you could guess, the Brown’s enter this new week with also a new kicker.

Rookie Greg Joseph was down in Miami training with the Dolphins and made all three of his attempts during preseason play. Cleveland announced Monday that Gonzalez has been replaced by Joseph.

It has been 21 long months since Cleveland has outright won a game. They have a few factors in their favor this week to hopefully end the streak.

The Jets have been a bit inconsistent so far this season. In their first game, they pulled off a big win against the Detroit Lions with a final score of 48-17. On Sunday, they got beat by Miami. This inconsistency could make it interesting to see how New York stacks up against Cleveland.

Being on the road and playing on a Thursday night is a quick turnaround for the Jets. Thursday’s game will be the Jets third game in only 11 days. This factor could be huge to help the Browns out in breaking their winless streak.

Jets Head Coach, Todd Bowles on how the team will prepare for their third game in 11 days:

Heading into week 3’s game, Brown’s head coach Hue Jackson says that he thinks the team is headed in the right direction but that in order to validate that, they need to win.

Kickoff is scheduled for 8:20 p.m. EST on the NFL Network.

We've got #NYJvsCLE on tomorrow night!@cfrelund has the latest fantasy projections for the #TNF matchup.⬇️⬇️⬇️