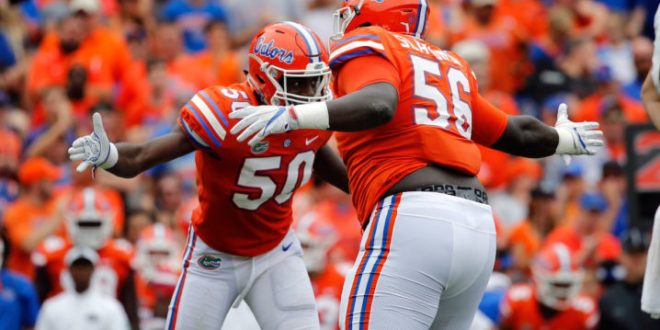 Grantham talks highly of LSU but has confidence in his players

Gators defensive coordinator Todd Grantham talked about the how the players are starting to see the value in rotating players.

Grantham mentioned the rotation of CeCe Jefferson and Jachai Polite during the game gave the Gators the pressure they wanted to apply late in the game. He said that in order for the Gators to do what they want to do and win games then they need to be ahead in the fourth quarter, and in order to do that then they need fresh bodies.

Grantham talked about the speed of LSU. He said they are a well-balanced offense with guys with length and speed who go can up and get the ball. The running backs run really hard and can run through guys. He said it is important to leverage the ball in the run game and to stay on top of routes in the passing game.

On LSU, Grantham says ” They’re really a good offense and well balanced in what they do. They got speed, they can go up and get the ball so obviously, that’s a challenge. Their running backs run really hard. They can run through guys. You know, that presents an issue…”

Grantham talked about the confidence he had in Donovan Stiner at the end of the game against Mississippi State. He said Stiner has been working hard and he had total faith him. He said its one of those things where you have to be ready when your number is called.

Grantham said, “He has worked hard, you know, that’s why I put him out there. When your number is called you have to be ready to answer the bell. I had all the confidence in the world that what happens what going to happen. It was good they executed the way we need to.”

Kevin Smalls is a fourth year journalism student on the sports and media track from Jacksonville, Florida. He aspires to be a sports writer on the high school and collegiate level. He is currently taking courses at the University of Florida in the sports writing field to learn what it takes to be a sports writer. He writes web stories for ESPN Gainesville. He also informs the public of local, state, and national on sports trending for ESPN Gainesville.
Previous NL Wild Card Preview: Rockies And Cubs To Clash At Wrigley Field
Next Gators Land 5-Star Scottie Lewis 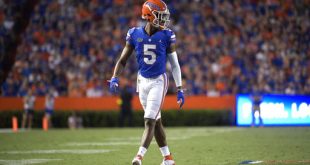 NFL Draft: Gayle breaks down where Gators may land

You hate to see them go, but you love to watch them get drafted. Despite …