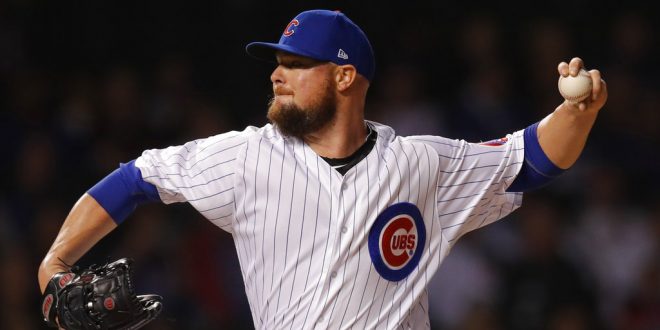 The Chicago Cubs will host the Colorado Rockies tonight from Wrigley Field at 8 p.m. The winner advances to the National League Division Series to play the Milwaukee Brewers in a best-of-five series. Both teams find themselves in the Wild Card game due to bad performances in the tiebreaker games on Monday. The Cubs fell 3-1 to the Brewers at Wrigley, while the Rockies dropped a 5-2 decision to the Dodgers in Los Angeles.

Freeland to take the mound for Colorado against the Cubs

The Rockies will rely on their southpaw, Kyle Freeland, to shutdown the Cubs tonight at Wrigley. Freeland is more than capable of doing so, boasting a 17-7 record with an impressive 2.85 ERA. “It’s gonna be a fun game against a good team,” Freeland said in an interview on Monday. “At the same time, we got a good team and looking forward to the battle in Chicago.”

Freeland seemed to be focusing on the task at hand on Monday after the game against the Dodgers:

This will be no easy task for the Rockies’ pitcher, especially with the likes of Anthony Rizzo and Javier Baez lurking in the opponent’s on-deck circle. Through 33 starts in the regular season, Freeland only faced Chicago once, way back in late April. How did he fair? seven innings pitched, six hits and three runs in a 3-2 loss. Not a bad outing, but the stakes will be high this time around and the Rockies will need to get more guys across the plate if they hope to have a chance.

Who better than Jon Lester, to take the mound for the @Cubs in tonight's NL Wild Card Game?

Coverage starts at 6 on @NBCSChicago!

Cubs manager Joe Maddon made the announcement at Monday’s press conference after the Cubs loss to the Brewers that he’d be starting Jon Lester against the Rockies. Lester has been in these situations before, he’s started in two other winner-take-all games in his career.

The only other pitcher to start winner-take-all games for 3 or more franchises is Roger Clemens: for the Yankees, Red Sox and Astros.

The 34-year-old vet had a strong regular season for Chicago, posting an 18-6 record with a 3.32 ERA. Maddon knows he’s leaving the team in good hands, throwing Lester out there, and his demeanor indicated that at Monday’s press conference:

NLDS on the line

The winner of tonight’s win-or-go-home showdown will get rewarded with a five-game series against the No. 1 seed Milwaukee Brewers. Both teams don’t want to go home and that’s a given.

Rockies starting pitcher knows that the team needs to move on quickly to prepare for the Cubs: