This Saturday, the Eastside Rams will look to add another win to their record and continue a successful season against the Santa Fe Raiders.

The Rams sit with a 6-2 record on the season under head coach Cedderick Daniels.

They are also 1-0 this season against district opponents. On the other side of the field, the Raiders are going into this weekend’s game with a 5-3 record.

The head coach for the Raiders is former Gator cornerback, Dock Pollard. Both coaches have led their respective teams with momentum going into the playoffs. In his coaching tenure, Pollard has received a lot of credit for turning the football program around and it has made an impact on the community as well.

Both coaches know their opponents style of play very well and both are looking forward to this weekend’s matchup. Coach Daniels has seen the Raiders play against his team numerous times throughout the summer so this weekend will not be a first glance at the Raiders for him. This previous knowledge will be crucial for Daniels as the Raiders are equipped with an offense that relies on its speed.

The Rams are going into their game against Santa Fe on a two game winning streak and look to add to that streak as they prepare for the high school football playoffs. Pollard and the Raiders will have their hands full as they take on an Eastside team that is very dominant on both sides of the ball. Kick-off for the game is tomorrow at 7:30p.m. 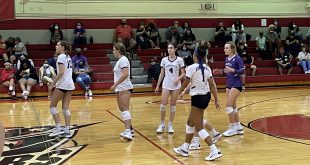