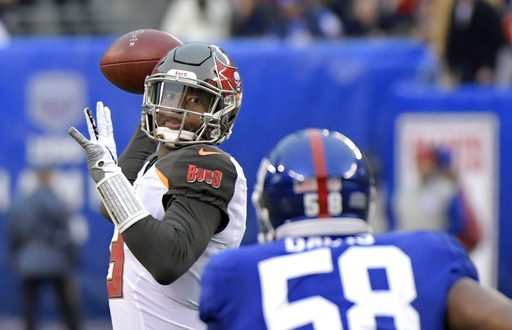 Buccaneers Look To Turn Losing Streak Around Against 49ers

The Tampa Bay Buccaneers (3-7) enter Week 12 against the San Francisco 49ers (2-8) in quarterback limbo, sitting at the bottom of the NFC South. Additionally, they’ve found themselves in a 4-game losing streak.

The back-and-forth between Matthew Fitzpatrick and Jameis Winston is among the various issues the team has faced throughout their season. The team is scrambling to turn things around for the final six games of the season, with Winston named the starting quarterback against the 49ers.

The Challenge At Home

The 49ers will visit Raymond James Stadium fresh off of a bye week, and in better position for the number one overall pick. An Oakland Raiders win over the Arizona Cardinals put the 49ers further ahead in the race. But the pick is not completely secure, and the fate of the 49ers rebuild heavily depends on their final six game of the season.

Depending on the team’s focus, this might bode well for the Buccaneers, and may provide the team a good opportunity to figure out which quarterback to proceed with for the conclusion of the regular season.

But doing so may not be so simple–the 49ers are 10th in the entire league in total offensive yards allowed for the season, compared to the Buccaneers, who rank 27th.

The 49ers have an interesting quarterback situation of their own. Second-year quarterback C.J. Beathard took over the starting job after Jimmy Garoppolo was placed on injury reserve, but has given up some snaps to rookie Nick Mullens.

Who Exactly Is The Buccaneers Starting Quarterback?

Winston’s start is the fourth quarterback switch this season. He entered Week 11’s loss against the Giants after Ryan Fitzpatrick threw three interceptions. Winston left the team in better shape than he found it, having completed 12-out-of-16 passes, two touchdowns and just one interception.

Despite the loss, Winston spoke of the team’s determined outlook.

“Our main focus is finding a way to win,” Winston said. “That goes hand in hand with protecting the football. We know that that’s our main job, is to give our team a chance to win. Turning the ball over doesn’t allow that to happen. Right now as a team, we’re way more focused on finding a way to win than anything negative right now.”

The Buccaneers will host the 49ers on Sunday, Nov. 25 with kickoff scheduled for 1 p.m. at Raymond James Stadium.

Previous NHL: Predators Were Too Much for Lightning in 3-2 Loss
Next Wizards falling apart, Beal might be on his way out