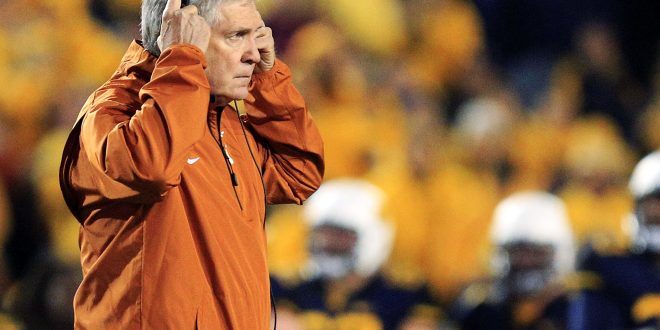 FILE - In this Nov. 9, 2013, file photo, Texas coach Mack Brown walks across the field after an injury to one of his players in the second quarter of an NCAA college football game against West Virginia in Morgantown, W.Va. Brown's attorney says the Texas coach has not resigned, denying a report on Tuesday, Dec. 10, 2013, that Brown was ready to step down after 16 seasons with the Longhorns. (AP Photo/Christopher Jackson, File)

Mack Brown is back for another round at UNC

Brown’s coached 30 seasons as a head football coach and has a career record of 244-121-1. In January 2018, he was inducted into the College Football Hall of Fame.

When Brown took over UNC in 1988, they had two back-to-back seasons of a 1-10 record. He then led the Tar Heels to winning seasons in eight consecutive years. His record during these years was 69-46 as well as having top 10 rankings in the 1996 and 1997 seasons.

After leaving the Tar Heels in 1997, Brown went on to coach 16 seasons in Texas. He led the Longhorns to a record of 158-48 and a National Championship title in 2005 and finished undefeated.

Prior to coaching at UNC, he coached at Tulane and Appalachian State.

The program is currently on back-to-back losing seasons as Brown takes over. Head Coach Larry Fedora was fired after their loss to NC State in overtime. He also only had one conference win in the season. Fedora finished the 2017 season 3-9 and the 2018 season 2-9.

In the 2017 season, the Tigers beat Alabama and Georgia in back-to-back weeks and Malzahn was awarded a 7-year $49 million contract. In the 2018 season, the team went 7-5, with a losing record against Power 5 teams. Malzahn has now agreed to take a reduced buyout contract and remain at the university.

After a losing record of 5-7 on the 2018 season, rumors sparked of USC parting ways with Helton. However, after looking at his past seasons Athletic Director Lynn Swann announced he will remain for the 2019 season. 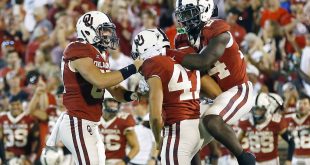 If the College football playoffs were to start today, Oklahoma would be playing Georgia. Going …