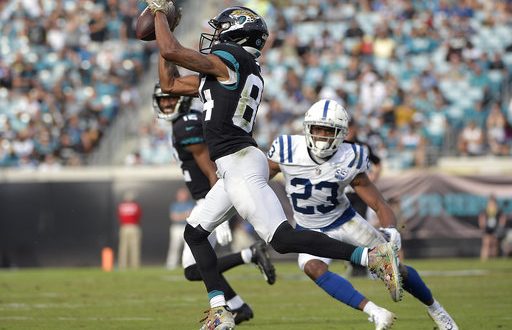 The title says it all. All of three of Florida’s pro-football teams won their games Sunday afternoon on their home turf.

The Jags snapped their seven-game skid by shutting out the Colts 6-0; the Bucs took down the Carolina Panthers 24-17; the Dolphins defeated the Buffalo Bills 21-17. So, was home field advantage the difference maker? Or was it something else?

After seven consecutive losses, the Jags finally got out of their rut and back to their winning ways by shutting out the Indianapolis Colts. Cody Kessler was starting QB for the Jags and had a solid performance in his team’s first win in almost two months. This was also Kessler’s first win in his nine career starts.

A major key to Sunday’s victory was the Jags defense, who showed up big time for Duval County. The score truly reflects the effort they gave to completely shut down the Colts. Jalen Ramsey said post-game that this team is still fighting for pride and respect.

“Credit to them, they were making the plays,” Luck said following the game. “At critical moments…not even critical, consistently. They played better than us. Not much more to say.”

Now the Jags need to get ready for another game in a few days when they face AFC South rival, the Tennessee Titans, for some Thursday Night Football.

After the game, Winston talked of his team’s victory and the resilient attitude they have to play with to get those wins.

“Took all 60 minutes today and thankfully we were on the right side of it,” said Fins QB Ryan Tannehill after his team’s victory on Sunday afternoon.

Miami was first on the board and they held the lead for a majority of the game. That is until late in the third quarter when the Bills scored a touchdown and also got their two-point conversion. Buffalo was up 17-14 in the fourth, but their lead didn’t last long.

With less than 10 minutes left in the game, former Dolphin Jordan Phillips (current defensive tackle for Bills) earned a penalty for his team, which ultimately helped the Fins score the go-ahead TD, putting them up 21-17.

Buffalo tried to retaliate with a pass from QB Josh Allen to another former Dolphin Charles Clay, but he dropped the ball and Miami came out victorious.