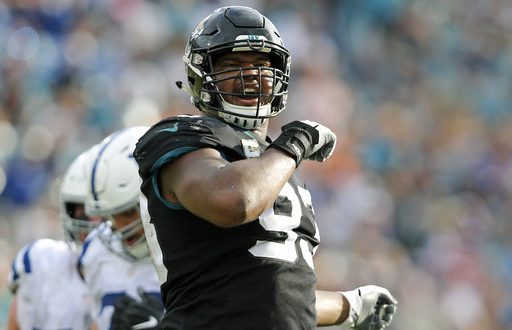 Everyone was talking about the Jaguars offense going into Sunday’s game against the Indianapolis Colts. Earlier this week, Coach Doug Marrone announced multiples changes to the team, specifically with the offense. The team fired Offense Coordinator Nathaniel Hackett, and Marrone announced Cody Kessler would replace Blake Bortles as starting quarterback.

However, Jacksonville’s defense was the star of the show. After seven straight losses, the Jaguars finally grabbed a win as the team held Andrew Luck and the rest of the Colts to zero points. Despite both teams unable to make it into the end zone, Jaguars kicker Josh Lambo had two field goals, giving the Jags a 6-0 win.

The defense has held the Colts scoreless for the last 6 straight quarters.

Sunday’s matchup was a defensive battle from the start. Within the first few minutes of the matchup, the Jaguars fumbled and the Colts recovered the ball. However, in the next drive, Jaguars D.J. Hayden’s interception gave the ball right back to Jacksonville.

Early in the second quarter, the Colts had their chance to put six on the board, but Jacksonville’s defense proved to be a greater force. The Jags held the Colts to the one-yard line. In the middle of the second quarter, Jacksonville’s Telvin Smith Sr. forced a fumble, giving Jacksonville yet another turnover. It took until nearly the end of the first half for the Jags to finally get on the board by a 30-yard Josh Lambo field goal.

While both offenses were still unable to score a touchdown in the third, Lambo proved to be the only scoring source for the game as he put another three on the board with a 37-yard field goal.

Jacksonville’s defense seemed to have re-established its reputation, specifically after Yannick Ngakoue, Calais Campbell and the game-sealer rookie Ronnie Harrison’s performances. The defense put pressure on Andrew Luck all game.

How did the offense impact today’s game

Without Leonard Fournette, who served a one-game suspension,  the offense was struggling throughout the game. Cody Kessler got his first NFL win as a starting quarterback, but his performance was nothing by subpar. Kessler threw 18 for 24 for 150 yards with no touchdowns and no interceptions. However, Kessler’s performance was satisfying for Marrone for the time being. Marrone ended his post-game press conference confirming Kessler will start on Thursday against the Tennessee Titans.

That is Cody Kessler's first win as a starter.#DUUUVAL pic.twitter.com/aWhlb7ZljA

The Jaguars will travel to Tennessee to face the Titans on Thursday. Kick off is set for 8:20 EST.