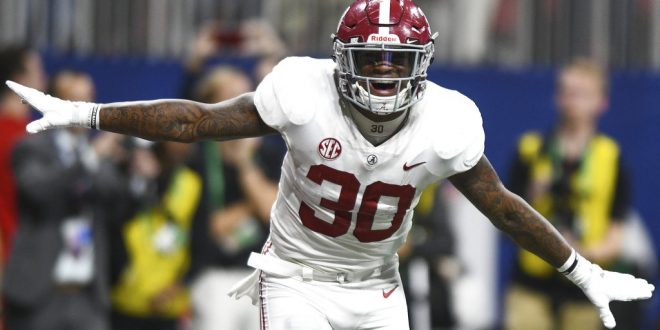 After an exciting championship weekend in college football, four teams came out on top to be in the College Football Playoffs.

Alabama, Clemson, Notre Dame and Oklahoma — in that order — will battle it out for this year’s CFB National Championship.

No. 1 ranked Alabama will take on No. 4 Oklahoma in the Orange Bowl. The other matchup will see No. 2 Clemson take on No. 3 Notre Dame.

The #CFBPlayoff Semifinal games are set!

No. 1 Alabama vs. No. 4 Oklahoma in the Orange Bowl
No. 2 Clemson vs. No. 3 Notre Dame in the Cotton Bowl pic.twitter.com/y0KWpvlIp9

In the Orange Bowl, there is a matchup between two storied franchises. Both teams have been powerhouses for years, with this season being no different. The Crimson Tide will take on the Sooners in Miami.

First of all, the quarterback matchup will be the best one in college football this season. Tua Tagovailoa and Kyler Murray are the top two Heisman candidates this season.

Tagovailoa threw for 37 touchdowns and only 4 interceptions. He also added 5 rushing touchdowns on the season.

Although he was injured in the SEC Championship game against Georgia, Tagavailoa is expected to be ready for this game.

Murray was also effective through the air and on the ground. He threw for 40 touchdowns and only 7 interceptions. He also added 11 rushing touchdowns.

Alabama outscored all their opponents by at least 22 points until their comeback victory against Georgia, making them a heavy favorite over the Sooners.

However, if an offense could outscore Alabama’s, it would be the Oklahoma offense. The Murray-led Sooners are averaging about 50 points a game, which is best in the nation.

Although both offenses are dominant, the defense is what separates the two teams.

Alabama is ranked 2nd in the nation in defensive efficiency, while the Sooners are ranked 91st.

While Clemson has been a mainstay in the College Football Playoffs, Notre Dame hasn’t had title hopes since their 2012-2013 season.

In that season, the Fighting Irish made it all the way to the National Championship but got crushed by Alabama 42-14.

Both teams made changes at the QB position during the season.

Notre Dame’s defense is what will keep the Irish in the game. Their secondary is one of the deepest and most talented groups in the nation, led by All-American candidate Julian Love and safety Alohi Gilman.

However, Clemson’s defense may give the Irish offense trouble, with the Tigers’ front four dominating all season. Notre Dame’s Dexter Williams will have to be at his best for the undefeated Notre Dame Fighting Irish to hang with the No. 2 ranked team in the nation.

The Orange Bowl will be played in Miami on December 29th at 8 p.m.

The Cotton Bowl will be played in Dallas on December 29th at 4 p.m.