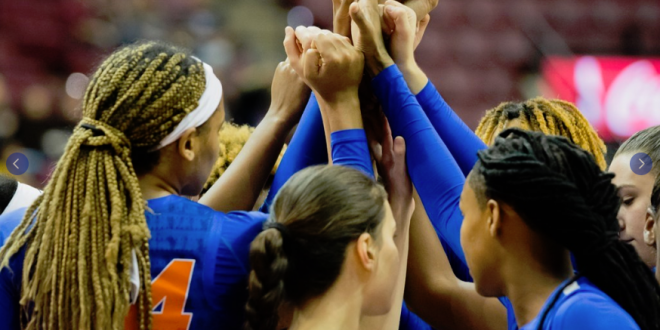 After losing the first six games of their 2018-2019 season, Florida women’s basketball has put together back-to-back wins.  The Gators secured home victories against Texas Tech in the Big 12/SEC Challenge last weekend and against Bethune-Cookman this past Wednesday.

On Sunday, Florida will look to win three consecutive games for only the second time in head coach Cameron Newbauer’s tenure with the program. UF will face off against Florida A&M (1-5) in the final matchup of their four-game homestand.

Florida’s last time out on the court saw them win without their leading scorer, Funda Nakkasoglu. While the redshirt senior was nursing a right ankle sprain, the team had multiple players step up in her absence.

The Gators had four players finish the game with double-digit points, including true freshmen Ariel Johnson and Kristina Moore. Delicia Washington recorded her first double-double of the season and Zada Williams chipped in 15 points off the bench.

Although Nakkasoglu is questionable for Sunday’s game, Florida still has a lot to be confident about against FAMU.

Johnson has put up 13 points per game in her last two performances after only averaging 4 points a contest to start the season. Outside of her off night against Texas Tech, Williams is averaging 11 points a game on 59 percent shooting from the field since November 18th.

Florida also improved dramatically on the defensive end recently. They have held their opponents to under 39 percent shooting over their last two games. During that stretch, Newbauer’s group has allowed only 12 made three-pointers on 42 attempts. Along with covering the perimeter, they are crashing the boards and have won the rebound battle in each of their last two outings.

The Gators are looking to keep up their momentum on both sides of the floor against the Rattlers. They will also look to exploit some of FAMU’s weaknesses, which appear to stem from their struggles offensively.

Getting off to a fast start

If Florida wants to stretch their winning streak to three games, then they need to set the tone early.

FAMU has been abysmal out the gates in all of their five losses. In those defeats, the Rattlers have been outscored by a combined total of 44 points (41-85) in the first quarter.

On the other hand, the Gators have not let the game slip away in the first ten minutes of game time. In comparison to FAMU, Florida has 121 total points in this period on the season while allowing just 120 points from their opponents.  UF has held a lead after the first quarter in four of their eight games as well.

The Gators should also have the advantage over the Rattlers when it comes to scoring the basketball efficiently. FAMU is only shooting 33 percent from field this season and just over 20 percent from behind the arc. They are averaging 48.1 points per game and have knocked down 56 percent of their free throw attempts.

Meanwhile, Florida is putting up 67 points a contest and are 67 percent from the foul line as a team. There can be some improvements, but the group is connecting on nearly one out of every three three-pointers and are 38 percent from the field.

Overall, the Gators have the advantage over the Rattlers in most statistical categories on the season. It will all come down to executing on the hardwood and continuing their recent stretch of success. 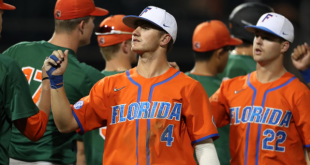