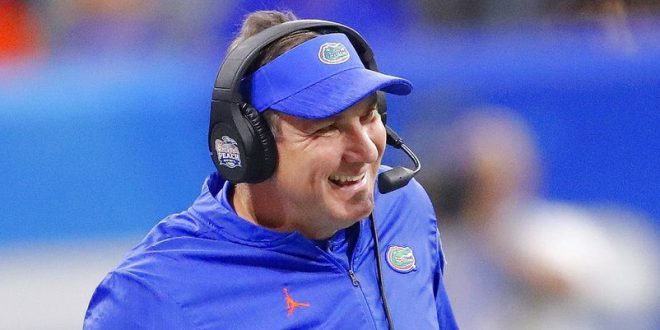 The time has come ladies and gentlemen. Florida will host their first round of official visits this weekend and the list includes some prominent high school players. The Gators 2019 recruiting class has been considered one of their best in recent years.

Florida made a big splash a couple weeks back when they landed a trio of four-star Lakeland players. The last time Florida signed three Lakeland players was the year prior to winning their 2008 national championship.

These official visits will include six key targets and one of them being a verbal commit. The commit hasn’t officially signed, further making this weekend a crucial one for Dan Mullen and company.

The Gators are in need of some strong defensive linemen and cornerbacks for the upcoming season. Departures from Cece Jefferson, Jachai Polite, and Dre Massey were critical to this defensive front.

Just Another Step Closer To My Goals… @hudl https://t.co/itDxjycicR #hudl

The other three commits include two top targets and one verbal commit who has yet to sign and be a part of the Gators 2019 roster.

Recent grad from the University of Florida. Editing all articles on here while helping out the newbies. Love all things basketball.
@@MarcoJMartinez_
Previous Saints Look To Ground Eagles In NFC Divisional Round
Next Gators Welcome #3 Tennessee to Gainesville