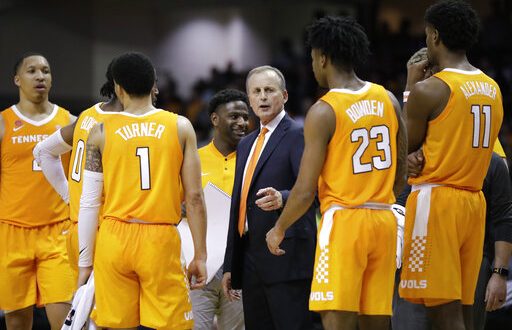 This is the first time that Tennessee and West Virginia will face off in the series.

The Mountaineers have had a disappointing start their season, coming into this weekend’s match-up with an overall record of 9-10.

West Virginia’s biggest weakness has been their inability to win against Big 12 conference opponents. The Mountaineers are currently 1-6 in conference play and ranked 10th in the Big 12.

However, the highlight of West Virginia’s season came in an upset victory over No. 7 Kansas. With 8.8 seconds left on the clock, West Virginia guard Jermaine Haley sank a layup to put the Mountaineers on top 65-64.

West Virginia’s offense will rely on guard James Bolden and forward Esa Ahmad. Bolden is averaging 12.8 points per game and leads the Mountaineers with an average of 2.6 assists per game.

The Tennesse Volunteers are off to one of the greatest starts in school history with a 17-1 record. The Volunteers currently sit atop the SEC with a 6-0 record against conference opponents.

Tennessee’s sole loss came against then-ranked No. 2 Kansas in overtime, 87-81.

The Volunteers have been dominate over opponents but faced a challenge when they took on Vanderbilt this past Wednesday. Tennessee edged out Vanderbilt 88-83 in overtime.

Head coach Rick Barnes attributes the victory over Vanderbilt to the demeanor his guards including Grant Williams.

Williams has been explosive throughout the season but proved his talent against the Commodores by recording a season-high 43 points and shot 23-23 from the line.

The 2nd player in D-I history to go 23-23 or better from the line ✅@GrWill2 had himself a game! pic.twitter.com/iLfFm7XGMy

Williams leads the Volunteers with 20.3 points per game and is second in rebounds and blocks per game.

This SEC-Big 12 matchup starts at 4 p.m. on Saturday and you can catch it on ESPN. 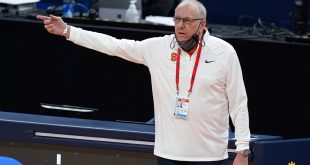 Teams do not stumble into the Sweet 16 of the NCAA Tournament. Sure, some teams …