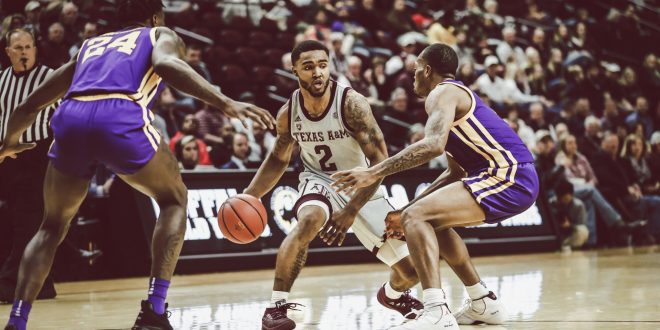 SEC Preview: LSU Next stop for Texas A&M on their Revenge tour

Sharing The SEC with the Kentucky and Tennessee. The LSU tigers have been making major noise this season, they come off a lost to the Gators last week in their home arena. Then couple days later they knock off NO.7  Tennessee at home.

Leading the LSU Tigers in his second season is head coach, Will Wade. Wade has been in the program for over two years and has been turning it around for the better. On Monday Wade was hit with a subpoena prior to his media meeting to speak with their upcoming match up with Texas A&M.

Coach Wade had this to say about the game and subpoena :

“We’ve got to focus on playing A&M. My focus is on our team and our guys staying locked in with them and helping them to continue to win.”

For this week the Tigers have a lot on their shoulders coming down to their last couple of regular season games they have to continue to lock in and keep focus.

The Tigers have four players averaging double-digits for the season leading scorer for the Tigers is  Tremont Waters averring 15.7 ppg. Following behind him is Skylar Mays 13.6 ppg, Naz Reid 13.4 and Ja’vonte Smart 10.9 ppg. LSU currently leads the  conference in steals per game.

Texas A&M go into this match-up with a two-game winning-streak. The Aggies squad have called this run the “Revenge Tour.”

Prior to this meeting, the Aggies took a tough lost against LSU 72-57 on Jan. 30 at home. Leading them in their last battle was TJ Starks with 21 points and Josh Nebo with 16 points and 11 rebounds.

Tune in to catch these two teams battle it out, tip-off is set for 8 PM on ESPN2.