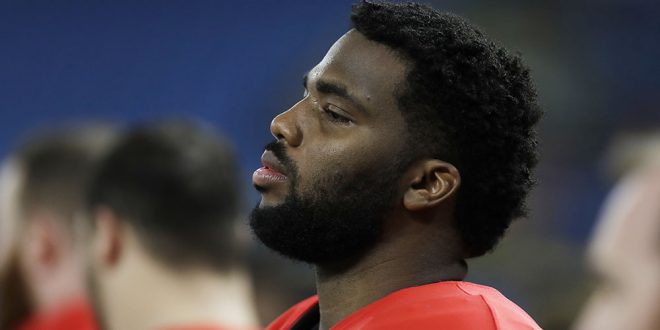 The 23-year-old offensive tackle from Apopka, Florida is hoping to make the NFL this April at the draft.

Martez Ivey’s phenomenal high school career gave him a five-star recruit rating and the No. 1 offensive tackle prospect in his class. In 2014, he was awarded the Hall Trophy as the U.S. Army Player of the Year, in addition to USA Today’s High School All-American.

On National Signing Day 2015, he announced his commitment to the University of Florida. He played 12 games with the Gators his freshman year and named to the SEC Coaches All-Freshman team.

Ivey almost didn’t return for his last season with the Gators but is glad he did.

At the end of his college career, he was a two-time Second-team All-SEC honors (2017, 2018), yet Ivey is not considered to be one of the top prospects in the NFL Draft.

Looking Forward to the NFL

Ivey’s analysis by NFL Analyst Lance Zierlien is as follows:

“Former five-star recruit who has been inconsistent and underachieved relative to expectations upon his arrival. Ivey’s issues derive from a lack of core strength and athletic ability. His footwork is sloppy and he’s a chronic waist-bender who struggles to stay connected to blocks for very long against quality competition. His tape was better as a guard than tackle and he has good length which gives him a chance if he gets leaner, stronger and executes the coaching.“

The analysis may seem negative, but Ivey is a perfect candidate for growth in the NFL. With polishing from a pro-NFL team, Ivey can become something great. He loves playing the outside zone, which almost every team has in their playbook.

However, Ivey wants to show the NFL who he is.

Whichever team he ends up on they need to focus on helping Ivey with a long-term plan to help him find his full potential in the NFL.

The NFL Draft takes place on April 25-27, beginning at 9 p.m., in Nashville, Tennessee.

I am a fifth-year journalism major, specializing in sports and media. My favorite sport to watch and cover are college and NFL football. When I'm not doing that, I enjoy hanging out with my cat, going to concerts and traveling.
@sportsabrina
Previous NCAA March Madness Sweet 16 Deep Dive
Next Spartans and Tigers fight for a spot in the Elite Eight