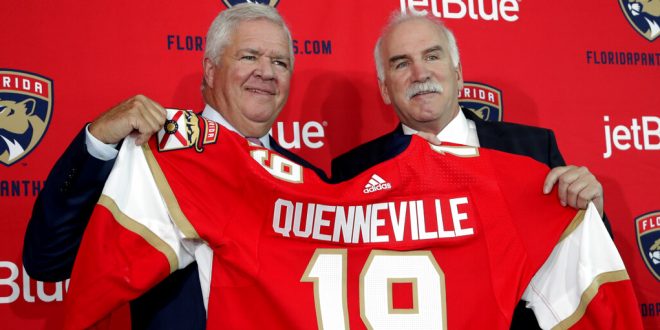 The Blackhawks felt it was time to move on, the Panthers decided to capitalize on it. Just in time for the Stanley Cup Playoffs, the Panthers found their way into the headlines by hiring Joel Quenneville as their new head coach.

After going through 15 head coaches in 25 seasons, the Panthers may finally have found their answer to success. Quenneville spoke about the beginning of the next chapter in his coaching career.

And that header is an understatement. In 22 years as a head coach, Quenneville has reached the playoffs 18 times. His most notable run was with the team that just fired him.

During his time with Chicago, the Blackhawks won the Stanley Cup three times in six seasons (the first victory was the first Cup for Chicago since 1961). Under Coach Q, the Blackhawks completely turned the team’s history around. 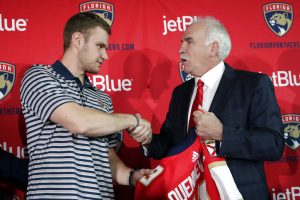 The Panthers are looking for the same facelift. Since reaching the Stanley Cup Finals in their fourth season in 1996, the Panthers have accomplished the following:

It is safe to say that there is a need for change. And that change could be coming very soon. Quenneville says he sees parallels between the Panthers and 2008-09 Chicago Blackhawks.

“You’re watching talent, and I’m excited about having the privilege of coaching some of these guys,” Quenneville said in his introductory press conference. “I look back to when we were in Chicago when I first arrived and had the privilege of coaching that group that Dale [Panthers general manager Dale Tallon] had put in place, and [I see] a lot of parallels from that time and this team.”

Keep in mind the team that Coach Q is comparing the Panthers to was one year away from winning the Stanley Cup.

He is going into the next season confident. He even said at this time next season, he and his players will be preparing for the first round of the playoffs

Breaking Down the Current Panthers Team

Goaltending can be a bit problematic, especially when Roberto Luongo has the worst season of his career. At age 40 it’s hard to say he’s due for a bounce back but three years on his contract left anything is possible.

In 2009, no one saw the Blackhawks as legit but by 2015 the name made any opponent nervous. Perhaps it’s possible that the sports world will be saying the same thing about the Florida Panthers come next year’s playoffs.

Harrison is a sports coordinator at ESPN 98.1 FM/850 AM WRUF. He served as a beat writer for Florida Gators football for the 2019 and 2020 seasons. He also contributes to WRUF's Gainesville Sports Center segments and makes appearances on the Clash on Harp on Sports. Harrison has been a content writer for WRUF since January 2019 as well.
@HarrisonSmaj
Previous Former Gator Brandone Francis Standout Performance for Texas Tech
Next Brett Heggie Battles for Starting OL Spot