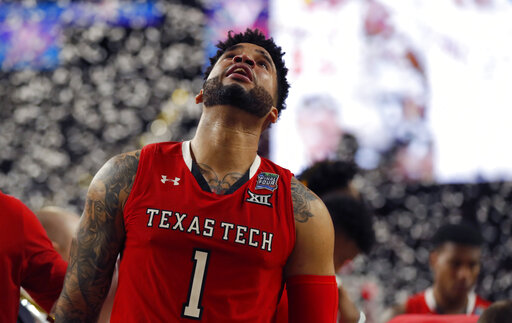 Brandon Francis you played a helluva game tonight. Your parents Drake and Odell Beckham Jr are so proud of you. pic.twitter.com/YV0VII4Vfr

Jokes and name-misspelling aside, fans recognized his talent and drive during the bitter 85-77 OT loss against the Virginia Cavaliers.

This is the Brandone Francis that Billy Donovan recruited to Florida.

The redshirt senior had a season-high performance in six areas during Monday’s title game. Texas Tech’s head coach Chris Beard kept the guard in the game for 37 minutes and he capitalized on each of those minutes on the court.

The former Gator was the Red Raiders’ saving grace in the first half. Texas Tech trailed behind UVA by as much as 10 points (17-7) before Francis and teammate Kyler Edwards locked in a pair of threes to close the gap to 17-13.

Shortly after, the guard hit another three. Francis and Davide Moretti led the team at the half with eight points each.

Brandone Francis has more points in the first half of this national championship game than he had in all but two games at Florida.

Francis and the rest of the Red Raiders stayed in the game, but the Cavaliers came out victorious after an 11-0 run.

Despite having a season-best performance, the former Gator was disappointed the team was not take home the title.

Brandone Francis: "Nobody remembers second place. I was trying to leave a legacy." pic.twitter.com/mAoS479jU9

The Dominican-native attended Arlington Country Day in Jacksonville. Billy Donovan recruited the No. 10 shooting guard and the No. 43 overall recruit of the 2014 class to play for Florida.

During his freshman year, Francis appeared in 29 games and started in two of those games during the 2015-2016 season. His most notable performances were against No. 9 West Virginia and North Carolina A&T in which he scored nine and 10 points, respectively.

However, after his freshman year, Francis decided to transfer to Coach Beard’s team in Lubbock, Texas. The 6-foot-5-guard sat on the sidelines during his sophomore year before playing for the past two seasons.