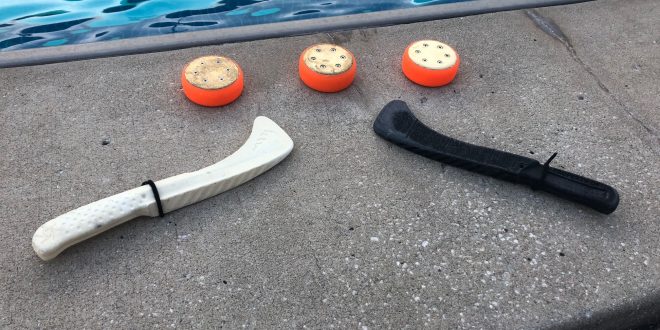 The Stanley Cup playoffs are currently giving international attention to ice hockey. Field hockey is an Olympic sport and even has a variation for when played indoors. But there’s another member of the hockey family that’s catching the attention of some students around the University of Florida: underwater hockey.

Yes. Hockey played underwater. Many immediately find the concept fascinating but always have the same follow up. How does that work? The first image a person gets in their head when introduced to the sport is Conor McDavid skating underwater. This variation of hockey is a little more unique than that.

What Exactly is Underwater Hockey?

According to the World Confederation of Underwater Activities’s (CMAS) website, underwater hockey is played between two players on each side. There is a lead-weighted puck in the middle of the pool and the two teams charge at it to gain possession of the puck and try to score a goal on the opponent’s side of the pool. Already sounds a lot like hockey. A major difference at the start of play is that instead of a face-off in the middle, plays start on their sides of the pool and then have to charge towards the middle to get the puck before the other team.

In underwater hockey, players swap skates and the usual hockey gear for snorkeling gear and an underwater hockey stick. These sticks are much smaller than the one in ice hockey. International rules indicate that “the stick must fit wholly in a box with the interior dimensions of 100mm x 350mm x 50mm” (3.93701 inches x 13.7795 inches x 1.9685 inches). The reason the stick is so much smaller because the swimmer is closer to the ground. Keep in mind ice hockey is played standing.

The sport currently has a niche following but occasionally catches media attention because of it. CNN wrote a story on the sport back in 2013. The sport is much more popular internationally. In the UK (its country of origin) the sport is known as Octopush. According to CNN, underwater hockey is popular in Canada, Australia, The Netherlands, and South.

Despite the niche following in America, that hasn’t prevented the formation of the Underwater Society of America.

Wiles said one of his favorite parts of the sport is the community:

UF’s team is very close nit. The core players have been playing together since the first couple seasons of the founding of the team. Many of them have been playing long enough that they have specific gear to help them when playing. A good number of the player own go-pros.

Underwater cameras are helpful to help get shots of the action to show friends or put on social media. For example, an Argentinian twitter page took advantage of it to promote the sport.

Underwater cameras are key especially since watching it in person isn’t necessarily the best way to watch it:

Since spectating may not be an option, that only gives even more of a reason to go out and play it in person.

Nicholas Stierwalt, an Underwater Hockey Coach for the UF team, encourages everyone to come to try the sport because it is truly for everyone:

The Team is Eager to Teach

Team members take the time to help demonstrate basic fundamentals to newcomers and by the end of the first night, everyone is participating in the game. All gear is provided and all you need to bring is a bathing suit.

A major factor in a players game is learning how and when to breathe. If a player gets caught up in the breakaway or simply spends too long at the bottom of the pool, it won’t take long before the lungs begin to cry out. Think of it as learning to breathe like a whale. And don’t stay up for too long, that’s asking to get knocked around.

Most will get the hang of it after a couple of meetings. Just takes a little practice. For extra help, CNN posted a list of techniques and exercises to excel at underwater hockey.

The sport is catching attention fast. A state like Florida is the perfect place to develop players for the sport and thanks to UF Underwater Hockey, the school already has a head start in helping cultivate and build the sport.

Harrison is a sports coordinator at ESPN 98.1 FM/850 AM WRUF. He served as a beat writer for Florida Gators football for the 2019 and 2020 seasons. He also contributes to WRUF's Gainesville Sports Center segments and makes appearances on the Clash on Harp on Sports. Harrison has been a content writer for WRUF since January 2019 as well.
@HarrisonSmaj
Previous FEATURE: Playing at the Next Level
Next FEATURE: Chanelle Hargreaves, Sister of Former Gator Football Star, Makes Her Mark at UF 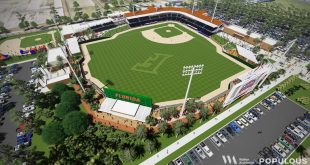 Students Weigh In on Major Changes Coming to UF Athletics

Big changes are coming to the University of Florida. Multi-million dollar changes. In late March, …