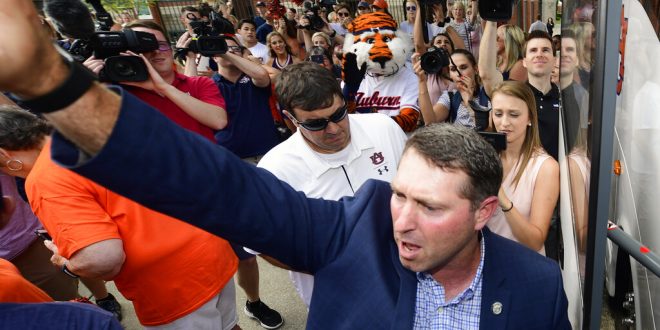 For the first time since 1997, the Auburn Tigers are heading to Omaha, Nebraska, for the College World Series where they will play the Mississippi State Bulldogs. The game is Sunday at 6:30 p.m. on ESPN2.

The Tigers are headed to the College World Series for the fifth time in program history and first time since 1997!!!#WarEagle | #RoadToOmaha pic.twitter.com/N80S1VQGJF

Lead by head coach, Butch Thompson, the Tigers had an up and down season that resulted in a 38-26 record. Injuries derailed this team from reaching its full potential during the regular season, but none of that matters now. Getting healthy at the tight time has put the Tigers in perfect position to make a run.

That run starts against Mississippi State, an opponent they played earlier in the season. The Bulldogs won that series 2-1, but learned what the Tigers offense is capable of. In a game in which offense was put on full display, the Bulldogs defeated the Tigers 20-15. Auburn’s defense will have a major boost this time around in hopes of preventing a score like that.

Star Pitcher, Tanner Burns, is nearing 100% health and looks to take control of the series. After suffering a shoulder injury a couple months ago, Thompson has had to rely on an unfortunate rotation of pitchers. Although sophomore pitcher Jack Owen made strides over the season, having Burns lead the rotation would be a huge factor.

After a slow start to the season, the offense has managed to get rolling when it mattered most. Since regional play began last month, the Tigers had double digit outings in three of their five wins. Most recently against North Carolina, where they put up 14 points in game three.

That success will need to continue against the Bulldogs. The teams season batting average is not as high as the other teams with a modest .265. However, the team is capable of running up their score with their ability to capitalize once on base.

Sophomore Edouard Julien, led the team with 54 RBIs and 50 runs on the season, even though his batting average ranked near the bottom for the team. Meanwhile, Junior Conor Davis had a team high batting average of .287.

Beating Mississippi State will be a challenge, but with team getting healthy at the right time and the offense playing to its potential, anything is possible.

Previous Vanderbilt ahead of NCAA World Series Match vs. Louisville
Next Matchday 2 for Group D: Scotland Versus Japan and England Versus Argentina 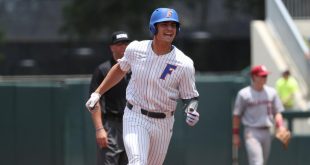 Jac Caglianone has missed the mound. The sophomore was recruited by the University of Florida …