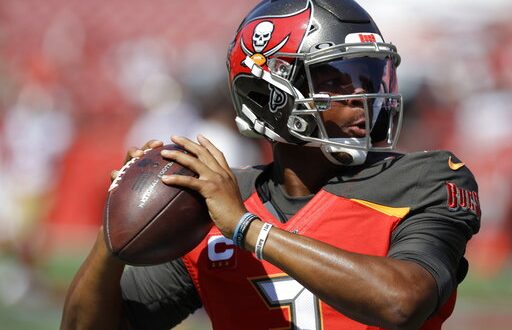 Buccaneers Head to the West Coast to Play Rams

In NFL history, the Tampa Bay Buccaneers have only played the former St. Louis-turned Los Angeles Rams, 22 times. The Buccaneers haven’t been on the road to the coast of Los Angeles in 26 years. The Rams lead the all-time series 14-8, where LA has won five straight games against Tampa Bay.

The last time these teams met was in 2016, the Rams won, 37-32. However, many things changed in three years for these two teams. For instance, the Buccaneers didn’t have new head coach Bruce Arians, but Dirk Koetter and current Rams head coach Sean McVay was an offensive coordinator for the Redskins. However, McVay is no stranger to the Buccaneer red and bay orange as he served as an assistant wide receivers coach in 2008 at the start of his coaching career.

Jameis Winston started his second year with Tampa Bay and Jared Goff had been drafted by the Rams as a first-round pick. Goff didn’t start against the Buccaneers in 2016 because he was Case Keenum’s backup until later on that season.

Rams running back Todd Gurley wasn’t the star player he’s known as today. Struggling his sophomore season, but making his game against the Buccaneers in 2016 his season best. Buccaneer Mike Evans was in his third season in the NFL, and against the Rams, he became the first player in Buccaneers’ history to catch a touchdown pass in three consecutive games to start a season.

The history between these two teams run deep, but most players haven’t played against each other, bringing a whole new perspective for both of these teams to face.

This season the Buccaneers are 1-2 and the Rams are still undefeated at 3-0. In order for Tampa Bay to do well and win, the defense needs to stop Gurley from plowing down the gridiron.

They also need to be on alert for Goff’s passing game since Tampa Bay’s pass defense is rated 22nd out of all 32 teams. There is no doubt that Goff won’t perform well, so the defense needs to be prepared for anything.

Evans last game against the New York Giants had eight receptions for 190 yards and three touchdowns. However, he may have a hard time against the Rams who are ranked third in total defense.

Coach Arians acknowledges the well-rounded team Los Angeles is because of their head coach.

Winston against the Giants had 23 completions for 380 passing yards, three touchdowns, and one interception. This wasn’t a weak performance for the quarterback, but a final touchdown from the Giants made it difficult for the Buccaneers to snap back. With four seconds left, kicker Matt Gay attempted and missed a 34-yard field goal, leaving fans disappointed.

The Buccaneers special teams cannot afford another close loss like last weekend, so it’s going to be crucial that they are ready for the Rams. A missed field goal at the beginning or end can determine where they fall at the end of the 60 minutes.

Winston says they’re taking their next two road games against the Rams and Saints one game at a time.

I am a fifth-year journalism major, specializing in sports and media. My favorite sport to watch and cover are college and NFL football. When I'm not doing that, I enjoy hanging out with my cat, going to concerts and traveling.
@sportsabrina
Previous Rays Looking to Win in Toronto for Wild Card Spot
Next After Historically Bad Start, Dolphins Desperate for Win Against Chargers