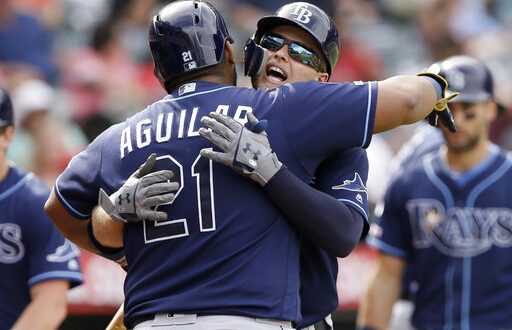 Rays Looking to Win in Toronto for Wild Card Spot

That is the only option for the Tampa Bay Rays as they travel to Toronto to face off against the Blue Jays for their final regular season series. The Rays must win this weekend to make it to the postseason and secure a wildcard spot.

The Race for the AL Wild Card

Right now the race is between the Rays, the Oakland A’s and the Cleveland Indians. Entering the final weekend, the A’s and the Rays hold the two spots. The A’s are just one game ahead of the Rays and the Indians are two games behind Tampa Bay.

Earlier this week, the Rays completed a two game sweep of the New York Yankees to help give them an advantage over the Indians.

The Indians also lost the final two games of a two game series to the Chicago White Sox. The A’s split their second to last series with the Los Angeles Angels.

Rounding out their regular seasons, the A’s have already started their final series against the Seattle Mariners with a win and the Indians will face the Washington Nationals.

The Final Match up

To round out their regular season, the Rays will travel to Toronto. Their goal on the weekend? To get to 98.

One of the people standing in the way of a wild card spot for the Rays is a familiar face. Charlie Montoyo, a member of the Rays organization for 22 years, is now the manager for the Blue Jays. He spent 18 years managing in Tampa Bay’s minor-league system and the last four as a coach on Kevin Cash’s major-league staff before getting the Toronto gig.

The Rays will have to win big this weekend to secure their spot in the Wild Card round. If not, they will have to put their faith in the hands of the Indians to lose against the Nationals.

RHP Tyler Glasnow is the probable starter for the Rays. Before being sidelined in May with a forearm strain, Glasnow was thriving in the American League with an ERA of 1.86.

After coming off the injured list on Sept. 8, Glasnow picked up where he left off. His second pitched touched 100.2 mph and he struck out five over just two innings. The Rays are 3-0 in games that Glasnow has pitched after returning from the injured list.

RHP T.J. Zeuch is the likely starter for the Blue Jays. This will be his third major league start and his first time pitching against the Rays. He is 1-1 for Toronto with a 4.58 ERA. He has pitched just 17.2 innings this season to Glasnow’s 56.1.