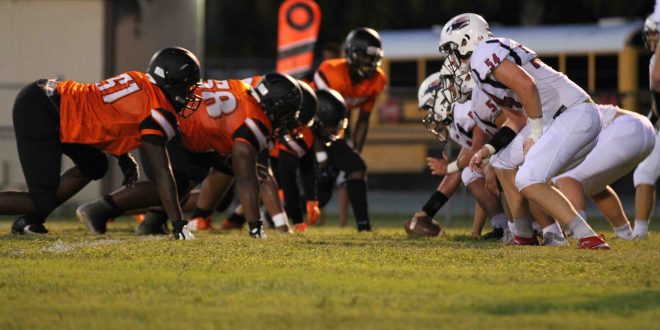 The Hornets' defensive line gave up no scores to Indian Rocks Christian, never giving up more than forty yards in a drive.

Thirteen seconds is all it took for Hawthorne to turn the tides against the Golden Eagles in a high school football game on Friday night. In 13 seconds, the Hornets scored 14 points, kicking off their touchdown procession in the second quarter.

During Hawthorne’s halftime Homecoming celebration, starting quarterback Key’Shaun Williams was named Homecoming King. However, the senior did not let the Homecoming chaos interfere with his game.

“This entire week we were stressing that this was Homecoming and we would have a good crowd and a lot of distractions,” Hawthorne coach Cornelius Ingram said. “I told the guys if we’re not up how we should be up, I was going to tell a lot of them that they couldn’t participate. Luckily we got it together, because you never want it to come to that.”

Williams ran in three scores for the Hornets alone during the first half and threw the scoring pass to Donovan Wright that put them up 14-0. “Play calling [was working today], so we were just able to set up and run the plays the correct way,” Williams said. “The blocking was very important because we were able to have more of a variety of plays.”

“We tell the guys, ‘You’ve got to be self-motivated all the time and ready to dominate’,” Ingram said.

Immediately following an inception by the Hornets defense, Hawthorne strikes again with Key’Shaun Williams finding Donovan Wright in the endzone. Hawthorne leads 14-0 with 10:26 left in the first half. @ESPNGainesville @SunPreps @FlaHSFootball @ThePrepZone pic.twitter.com/n6SM6kNJtq

Within two minutes of the second half, Tremon Starke ran through three Golden Eagle defensive backs to put the Hornets up by another score. This was followed by a rushing touchdown by Thailn Miles that allowed for a running clock with still over five minutes left in the third quarter.

Hawthorne’s defense pressured Indian Rocks’ quarterback, Brett Bush, into the end zone for a safety to end the third quarter 42-0.

The only score of the fourth quarter came from a 20 yard pass from back up quarterback Gerald Hayes to wide receiver Jamal Nealy. It was now 49-0.

Not All Touchdowns and Stops

Part of Hawthorne’s slow start to the scoring game, sprouts from three offside penalties called against them in the first quarter. The first snap of the game resulted in a loss of yards, as some of the linemen sprung too early. However, this offside streak ended with the first quarter, making way for touchdowns, safeties, and extra points. “We came out too relaxed,” Ingram said. “It really doesn’t matter who you’re playing, you have to be ready to play from the start of the game. Luckily we were able to clean it up, but when you play bigger and better teams, starting from behind is hard to catch up. We will learn from it [the penalties] on Sunday. I’m just glad we got the win.”

Pictures and Videos By: Rylee McIver

Rylee is a fourth year journalism major with a specialization in sports and media at the University of Florida College of Journalism and Communications.
Previous Columbia Suffers First Loss To Lee Generals in OT Thriller
Next Florida Volleyball Bounces Back With Win Over Arkansas 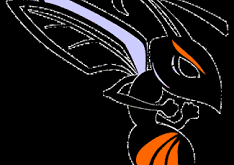