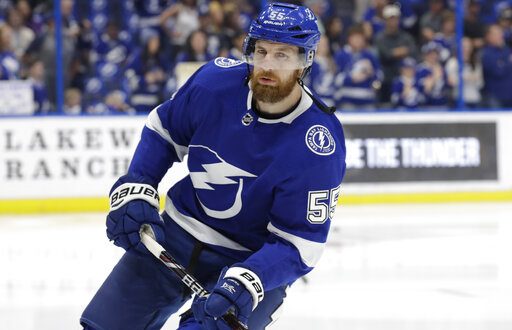 The Tampa Bay Lightning (3-2-1) defeated the Montreal Canadiens (2-2-2) Tuesday night 3-1 in Montreal where they capitalized on mistakes and some solid play at the net.

What went wrong for the Canadiens

The Canadiens seemed to be in control early on. Even if it was for less than five minutes.

Montreal defenseman Jeff Petry drew first blood when he scored off an assist from center Max Domi with just 4:14 left to go in the first period. This is was the only time where the Canadiens found themselves in the lead.

Montreal looked like they were going to enter the second period up 1-0 until a collapse to end the period. Lighting defenseman Braydon Coburn scored on an even strength goal assisted by center Steven Stamkos and right winger Nikita Kucherov to put Tampa on the board with just seven seconds to go in the period.

That late-period collapse by the Canadiens ended up being a plague on the team throughout the rest of the contest. Montreal defenseman Shea Weber talked about the team’s untimely defensive lapses proved to take a toll.

The impact of early and late-period goals on momentum.#GoHabsGo pic.twitter.com/NlARqJZIRA

Yes, Weber spoke on how not only late-period scores affected the team, but early ones too.

The Lighting started the second period right where they left off in the first and scored at 1:04 to take the lead 2-1. Stamkos scored on a powerplay goal thanks to an assist from Kucherov and defenseman Victor Hedman.

The Canadiens were still flustered when the onslaught continued in the form of an even strength goal from center Tyler Johnson at 2:01. Johnson was assisted by left wingers Ondrej Palat and Yanni Gourde.

The Lightning’s defense and what comes next

In the span of two minutes and eight seconds the Lightning scored three goals and Montreal never saw the back of the net again.

Tampa Bay goalie Andrei Vasilevskiy had 33 saves on the 34 shots that were attempted against him to highlight a strong defensive outing.

The Lightning will matchup against the Boston Bruins (5-1-0) Thursday at 7 p.m. when they visit TD Garden.