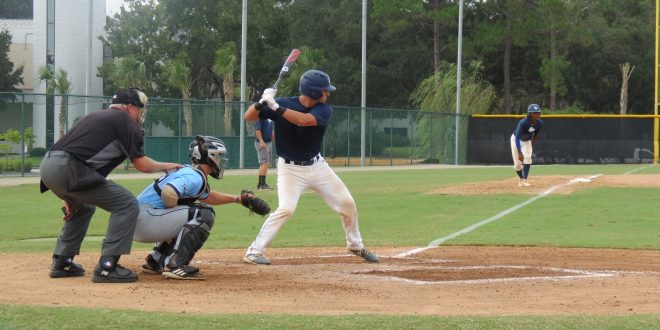 Caleb Stafford has been tying the laces up on his baseball cleats since the young age of four. Although he dabbled in basketball and football throughout his 21 years, nothing seemed to feel better than squatting behind home plate in his catcher’s gear. His love for the game pushed him through injuries, rehab and attending four different schools.

Although Stafford was homeschooled, he played three years 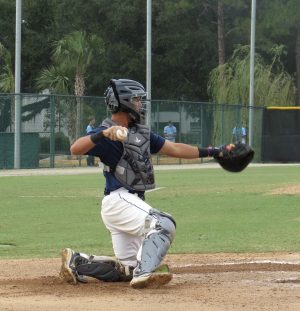 of varsity baseball at South Lake High School in the Orlando area.  When his senior year rolled around, he had the opportunity to play for Montverde Academy. Then, he was offered a full scholarship to Indian Hills CC in Iowa. While there, he experienced a deep bone bruise on his left thumb in the fall of 2016. Despite two orthopedic surgeons advising rehab, the coaching staff insisted he play through the pain. In January of 2017, his injury and the coaching atmosphere facilitated his decision to leave Indian Hills despite his scholarship, 4.0 GPA and a spot on the dean’s list. According to his mom Cynthia Stafford, “leaving Indian Hills was not an easy decision for him.”

Caleb moved back to Florida where he would begin rehab on his thumb and working a full-time construction job. Although, the itch for baseball was something bad. “Going from playing college baseball to working full time really opened my eyes to how special being a collegiate athlete is,” Stafford said. In the summer of 2018, Caleb contacted almost every junior college in Florida. Then he began attending as many showcases as he could find.

Caleb had been away from the game so long that many coaches would not give him a second glance. “I did a lot of research on Santa Fe and I really liked the coaches and the school,” explained Stafford. After sending in videos, Santa Fe baseball coach Johnny Wiggs told him to enroll in classes and come to open try-outs.

According to Coach Wiggs, “I was told Caleb slept in his car for the days leading up to try-outs because he didn’t want to get an apartment until he made the team. At the try-out, he seemed confident and performed well.” At the time, Wiggs needed to fill one more catcher spot for the roster so he decided to give that to Caleb. “Once he was given the

opportunity to be on our fall team, he worked really hard and proved that he was the best catcher. Even though he had not played a spring season yet, he displayed traits of a veteran player and was very coachable,” said Coach Wiggs.

The Santa Fe coaching staff soon decided to award Stafford scholarship money for his hard work. “I remember the day I called him into the office to tell him about the scholarship money.  He became emotional and was so appreciative.  He was always working over summer and Christmas break to earn money to pay for school.  He has been a great example and leader for our team since he has arrived,” said Coach Wiggs.

“Baseball means everything to me, it is more than just a game,” expressed Stafford. “The obstacles in my life that have kept me from playing baseball have really opened my eyes to just how lucky I am to be able to put my cleats and catchers gear on every day.”

Caleb Stafford recently committed to play Division 1 baseball for the University of North Florida. Stafford truly has displayed that hard work pays off. “I will never be able to thank the coaching staff at Santa Fe enough for giving me a second chance at the game I cherish so much,” Stafford said. Not many get the opportunity I get every day and I promised myself that when I look in the mirror I won’t have any regrets from not giving baseball everythin 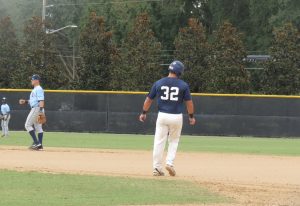 Caleb’s parents, Cynthia and Harry, are incredibly proud of his perseverance. “His dad and I have always supported his love of baseball. Caleb is an amazing son and we couldn’t be more proud of his accomplishments,” said Cynthia.

Caleb’s story should motivate other players in similar positions. “Not much comes easy. Things worth something require hard work and perseverance to overcome obstacles along the way,” Coach Wiggs said.

Parker Welch is a Senior at the University of Florida majoring in Sports Media at the College of Journalism & Communications.
@parkerrwelch
Previous Watson, Texans run away from London with win over Jaguars
Next Dolphins Defeat Jets for First Victory