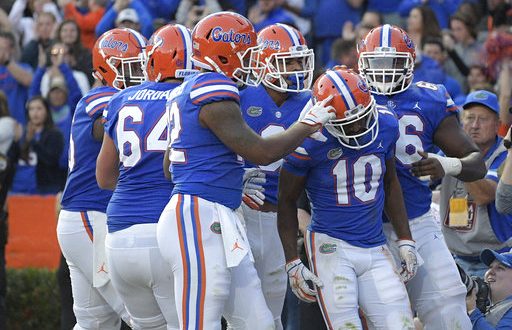 Florida versus Florida State football is a deep-rooted rivalry – no question. The two have met 63 times in the team’s histories and the game has now been dubbed the “Sunshine Showdown.” The Gators lead the series overall, with 35 wins. Just last season, Florida stomped on the Seminoles in Tallahassee, winning by a decisive 41-14 score. This year’s game will be played in the Swamp, and while each team has had vastly different stories this season, a deep in-state rivalry persists. For seniors, it’s the last home game under the lights. The Gators need to make a resounding statement come Saturday to be placed in a competitive bowl game.

The Gators, who are 9-2 and sit at eighth in the country, are a team that has truly come together as one. In the early weeks of the season, fans saw first-string quarterback Felipe Franks go down in a season-ending injury on the road at Kentucky. Backup quarterback Kyle Trask stepped in, and stepped up in that game. Trask led the Gators to victory over the Wildcats that night. Quite frankly, he stepped up the rest of the season, too.  The redshirt junior has thrown for nearly 2,300 yards since stepping in as starting quarterback – which is fourth highest in the SEC.

The offense has become multi-faceted, winning tough games on the road and at home. Trask will need to continue to rely on receivers like Kyle Pitts, and running backs like Lamical Perine, to come away with a solid win Saturday.

Perine, a senior, already thanked the Gator Nation ahead of this weekend’s game.

The Florida defense has been a major pain for other teams all season long. The Gators lead the SEC in interceptions this year, nabbing 15 overall heading into this weekend’s game. Four of those have come from safety Donovan Stiner, who tallied four of those interceptions. Florida also sits at the top of the SEC in sacks, with 38.

FSU’s story has been drastically different. The Seminoles lost two of its first three games. Right now, they sit at 4-4 in the ACC, and an overall record of 6-5. What’s more, the team lost its head coach mid-season. Willie Taggart was fired in early November, after a major 27-10 loss to Miami.

Taggart only coached 21 games for the Seminoles. After the termination, he took to Twitter, saying “building a program and a culture takes time, and I regret that we will not have the opportunity to continue to coach these incredible young men.” Odell Haggins has stepped in as the interim coach for the remainder of the season – he previously served this role in 2017.

The Gator vs. Seminole Sunshine Showdown has been an in-state rivalry for decades. It began in 1958 and isn’t going away anytime soon. The rivalry has been renewed through the 2022 season. But to see how this year’s game turns out, make sure to be in the Swamp for senior night on Saturday. Kickoff is at 7:30 p.m. 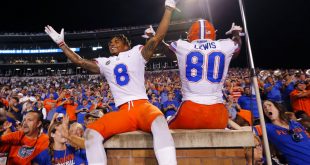 How Will College Football Return Amidst COVID-19 Pandemic?

2020 College Football Season Amidst the coronavirus outbreak, questions circle around the return of sports, …