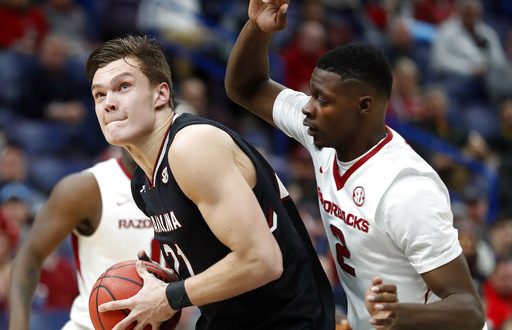 The Arkansas Razorbacks look to pick up a key conference win against South Carolina on Wednesday night.

The Razorbacks and the Gamecocks sit tied at 9th in the SEC heading into their match-up. Arkansas’s overall record is 15-4, while South Carolina is 11-8 on the season. Both teams are riding wins headed into Wednesday’s game, with Arkansas beating TCU and South Carolina beating Vanderbilt as the appetizer to this SEC matchup.

The last time these teams met, South Carolina pulled out a 77-65 win behind AJ Lawson’s 24 points.

ESPN’s Basketball Power Index gives Arkansas an 85.7% chance to win and the Vegas odds favor the Razorbacks by 6.5 points.

A key player for the Razorbacks is senior guard Jimmy Whitt Jr, who averages 15.3 points per game. Whitt also leads the team in field goal percentage at 53%. Arkansas head coach Eric Musselman regards Whitt as one of the best defensive guards in the country. The 6’3 guard is a reason why the Razorbacks allow only 63.2 points per game this season (42nd in the country).

The Razorbacks’ leading scorer is junior guard Mason Jones. Jones averages 18.4 points per game and tacks on 6.1 rebounds per game as a cherry on top. Standing at 6’5 and 200 pounds, Jones provides a size for a guard rarely seen in the SEC.

On the other side of the court, the Gamecocks’ AJ Lawson leads the team in scoring averaging 13.7 points per game. Lawson has shown to be streaky at times, scoring only 5 points in 31 minutes against 10th ranked Kentucky. Against Florida, Lawson scored 12 points and against all SEC opponents he averages only 9.8 points per game.

One of South Carolina’s weaknesses is passing. Assist totals are low, and the leader in assist average is Jermaine Couisnard with 2.6 assists per game. This passing struggle naturally brings about a struggle in scoring. The Gamecocks only average 70.8 points per game, which is 219th in the country.

Tip-off of Arkansas’ home match against South Carolina starts at 8:30 pm on the SEC Network. 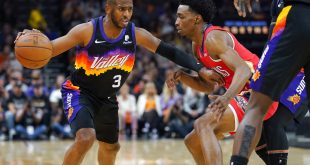