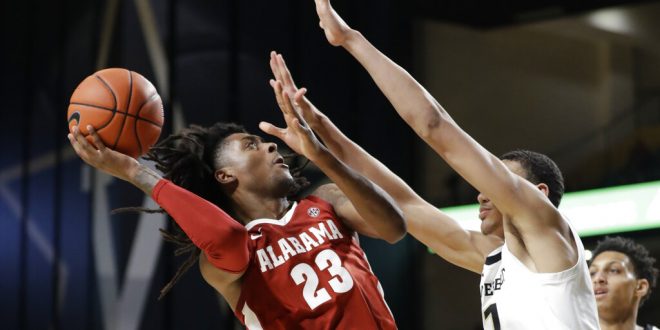 The LSU Tigers have won eight straight and are looking to keep the streak alive as they host the Crimson Tide tonight at 7.

Alabama is on a streak of its own, having won four straight. The first win of their streak came against their SEC rival Auburn Tigers.

At the time, Auburn was ranked fourth in the nation. Since then, the Tigers have fallen out of the rankings after a rough patch that also saw them lose to the Florida Gators.

That takes away from Alabama’s win over them, but they remain on a hot streak and a win versus a top 25 team would benefit them greatly if they can pull it off.

Alabama is coming off a 77-74 win against Kansas State that saw their sophomore star Kira Lewis Jr. scored 26 points on 8 of 12 shooting.

The Crimson Tide will need that as well as the well-balanced offense they had against Kansas State.

Alabama’s top two scorers are Kira Lewis Jr. and John Petty Jr., and they will be key if the Crimson Tide can beat the Tigers at home.

The Tigers have won their last six games by four points or less and have been impressive throughout the season.

LSU has jumped into the nation’s top 25 teams riding their hot streak and are number one in the SEC at 15-4 while being 6-0 in conference play.

They’re ranked 22nd going into tonight’s matchup and are looking to keep their win streak going.

Recently, the most standout thing from the Tigers this season is their knack for winning close games.

As the Tigers host the Crimson Tide, they have a distinct home-field advantage, having won 10 of 11 at home.

The Tigers will need to rely heavily on their best scorers, senior Skylar Mays and sophomore Emmitt Williams to get a win for the home crowd. Mays is averaging 15.7 points per game while Williams is averaging 13.5. Freshman Trendon Watford has made a big impression as he’s averaging 13.2 points per game. These three standout players will need another great effort tonight to pull off the win at the Pete Maravich Assembly Center.

According to the ESPN Basketball Power Index, the Tigers have a 76.9 percent of winning.

This matchup is sure to be a highly contested game as the rivals are both playing for an SEC title and a spot in the NCAA tournament.

Tipoff is at 7 EST tonight.

My name is Caleb Mikita, and I am a telecommunications major at the University of Florida from St. Pete, FL. I am a fan of all things sports, but my main passion is baseball. My long term goal is to become a sports analyst or writer for MLB Network.
@@caleb_mikita8
Previous Razorbacks men’s basketball host South Carolina in SEC match-up
Next Lightning Win Out West Against Kings 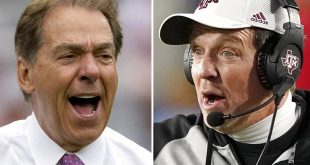